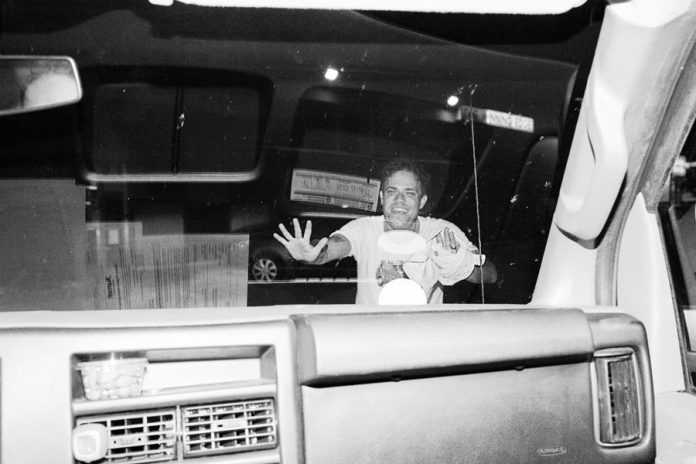 It’s New Year’s Day. You’re still coming out of the haze of 2017. Maybe your New Year’s Eve got a little crazy, maybe it got a little dark. You’re not sure if you’re going to actually get out of bed before noon, but you roll over and check your phone, just in case anything terrible has happened while you were sleeping.

Wait. What? Call your best friend. There’s a new Jeff Rosenstock record.
Jeff Rosenstock wrote POST- in a double-wide trailer in the Catskill Mountain town of East Durham, the snow-covered hills surrounding him like a landscape of blank pages. The serene, empty space was a big change of scenery for a guy who bounces around the world like a human comet, playing super-catchy, super-devastating shout-alongs to dedicated fans around the world.

After playing with Bomb the Music Industry! for a decade, Jeff switched gears and produced records for The Smith Street Band, Dan Andriano, Mikey Erg and more, and started putting out records under his own name. After the release of WORRY., things started to get way more intense for Jeff and his band. They made their first TV appearance on Last Call with Carson Daly, USA Today called WORRY the #1 album of 2016, and the band took to the road, touring endlessly for the past two years, taking breaks only to record new albums.

“2017 kinda felt like the year when we snuck in the back door,” says Rosenstock, “We kept getting opportunities to do stuff – even though we take those opportunities to do stupid shit like say how much we made on stage.” (This is the guy whose Pitchfork Music Festival performance last summer trended on Twitter after he took the stage and exclaimed, “Seventy-five hundred! Dollars! For us! To play! This festival!” Because, you know, he felt like he had to come clean about it.)

Written in the days after the 2017 Presidential inauguration, POST-‘s lyrics get (really) heavy but the melodies are so catchy and the builds are so big and bright that the end result is more of a rallying cry than a surrender. The album was recorded in a one-week, 86-hour marathon recording session with Jack Shirley (Joyce Manor, Deafheaven) at the Atomic Garden in East Palo Alto, CA. “The four of us stood in a room without headphones on and just played the songs live to tape, and after that we had some friends (Dan Potthast, Laura Stevenson, Chris Farren, PUP) fill out some of the sound,” So, if the record feels even more unifying than usual, like a party that turns into a sleepover that turns into egg-n-cheese sandwiches on the beach that turns into a protest march that unites a gang of buddies for eternity, well, maybe that’s why.