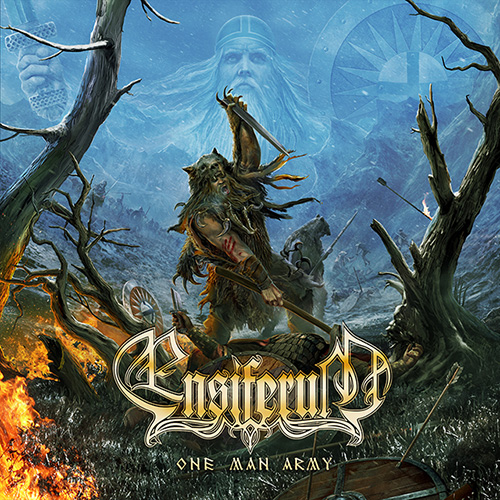 Captured by award-winning producer Anssi Kippo (Children Of Bodom, Impaled Nazarene, Entwine etc.) at Astia-Studios in Lappeenranta, Finland, the predominantly analog-recorded One Man Army wields eleven tracks of the band’s signature synthesis of Viking, folk and power metal swathed in fantastical themes of Scandinavian lore. Already reaping critical acclaim from media outlets globally, Metal Hammer gushes of the record: “ENSIFERUM have produced their most polished album to date; one that bulges with bombast and rages with frostbitten grit… these northern sword-wielders are close to finding the perfect recipe for taking folk into the mainstream of metal – all without losing a shred of authenticity.”

Notes Loudwire, “ENSIFERUM has become one of folk metal’s finest acts, experiencing a huge surge in popularity during the last few years. ENSIFERUM’s music awakens one’s inner warrior… it’s a pity fighting to the death with swords and battle axes is illegal nowadays.”

Following recent performances at the 2015 edition of the 70,000 Tons of Metal cruise,ENSIFERUM will pillage their way through Europe later this month, brandishing their swords alongside Insomnium and Omnium Gatherum.