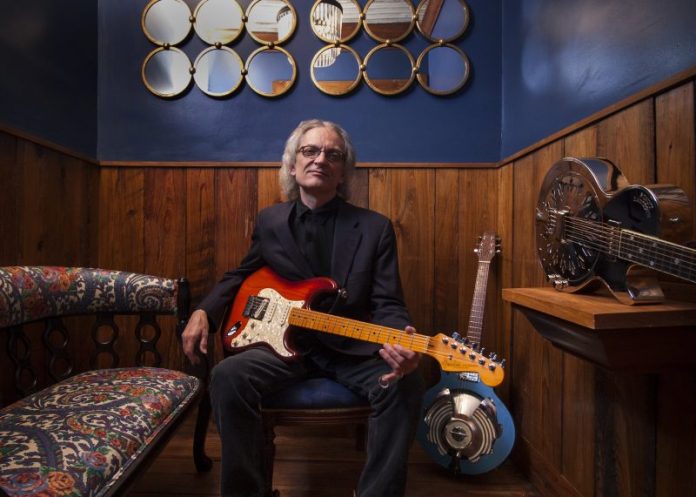 The King of Slydeco, Sonny Landreth returns with 2 unique live sets, one acoustic and one electric. ‘Recorded Live In Lafayette’ is Sonny Landreth’s first live album in twelve years.

After a dozen acclaimed albums, virtuoso slide guitarist and bandleader Sonny Landreth found himself at an artistic crossroads. He finally wanted to create the full-length acoustic collection his fans had long requested, but he was also itching to capture the sound of his stalwart electric trio augmented by a couple of his favorite collaborators. And the time was certainly right for an elastic, career-spanning double-live album.

So Landreth and his longtime friends decided to do it all. ‘Recorded Live in Lafayette’ is a 16-song opus that covers more musical ground than any single album ever could, as the singer and songwriter’s work stretches and twists across 93 minutes of full-band acoustic and electric bottleneck lightning.

The double CD and vinyl release on Provogue, which includes the most extensive acoustic set ever recorded by Landreth, opens with acoustic arrangements of the artist’s tunes dating back to the 1981 title cut of his debut album, ‘Blues Attack.’ “It gives you a chance to explore those songs in a different way,” Landreth says, describing the textures created by the intersection of Dave Ranson’s ukulele bass, Brian Brignac’s cajón, Steve Conn’s accordion and Sam Broussard’s acoustic guitar. “The familiarity is there,” he adds, “but I also wanted to turn those guys loose as much as possible.”

The double album arrives on the heels of the Grammy nominee’s back-to-back Blues Music Awards for Best Guitarist and Best Blues Album for ‘Bound by the Blues.’ Live favorites “Hell at Home” and “U.S.S. Zydecoldsmobile” also get the unplugged treatment, alongside a rare rendition of “Creole Angel” and an evergreen 6:47 amble through “Key to the Highway.” “If I’ve ever had a theme song, that would be it,” Landreth explains. “All of my heroes have done it, and it’s still to me one of the greatest blues tunes ever written. It’s kind of like coming home