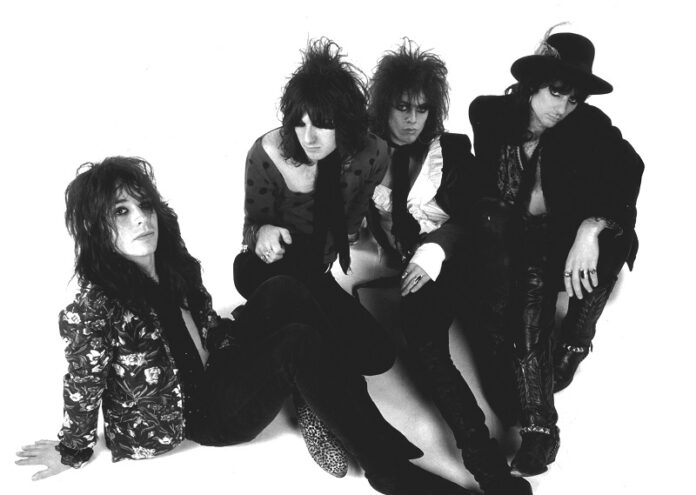 They never released an album during their lifespan but now 90s glam-punks GUNFIRE DANCE are to have their first ever vinyl album released, thanks to Easy Action Records.

The much loved Birmingham band cut a swathe across the UK glam and sleaze scene, sharing stages along the way with the likes of Jayne County, Lords Of The New Church, Thee Hypnotics, Dogs D’Amour, D Generation, NY Loose, The Throbs in sweat-soaked dives from Birmingham’s Barrel Organ and London’s legendary Marquee to NYC’s iconic CBGB’s.

They managed a 12″ EP and a single produced by The Damned’s Brian James and Rat Scabies before splitting, making a last-ditch return in the mid-noughties before frontman Ant, long prone to addiction and depression, tragically took his own life. Guitarist Jeff Ward resurfaced in NYC’s Electrajets while bassist Darren ‘Rockin’ Ray’ Birch played in The Godfathers and formed Birmingham proto-punk revivalists The Black Bombers.

Set for release on 11 November, Witness To The Crime is available to pre-order here.