The Fifth And The Fury Of Gory Blister 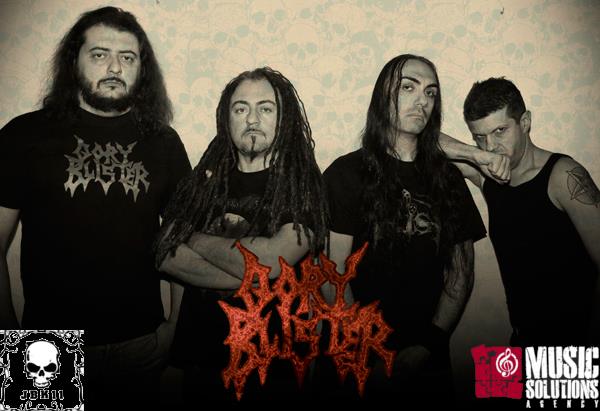 The band was formed in 1991 and after two demos, “Spoilt By Greed” in 1991 and “Hanging Down the Sounds” in 1993, they released their first EP, “Cognitive Sinergy” in 1997.
In 1999, they self-released, the first album “Art Bleeds”. By 2004, the line-up consisted of the vocalist Adry Bellant, drummer Joe Laviola, bass guitarist Fredrick and guitarist Raff. In October 2004, the band was requested by Area Death Productions to donate their cover version of “1000 Eyes” to a Chinese Death tribute album “Unforgotten Past – A Tribute to Chuck Schuldiner”.

In January 2005, they signed to Mascot Records of Holland which released the second album, “Skymorphosis”, in 2006. In January 2007, Bellant left the band and was replaced by Clode and infebruary, they toured with Amoral in Italy. Their third album, “Graveyard of
Angels”, was released on April 6, 2009, by Mascot Records. After touring Italy to promote the “Graveyard…” album, Gory Blister began
writing new songs. Guitarist / vocalist Karl Sanders from U.S. death metal band Nile joined the band to sing as a guest vocalist on two tracks for this fourth album.

In April 2012 Gory Blister released via Becker Team Records, a division of Scarlet Records, their fourth album titled “Earth-Sick”, with a new great singer named John. The new work containing 10 new songs of pure, and Technical, Brutal, Death Metal in the style that has always distinguished the band over the past 20 years and it has been received enthusiastically by the media and fans. The band played several gigs in Italy to promote Earth-Sick as headliner and supporting acts like Entombed, Sinister,Obituary.

The band has just released the fifth album of their metal career; Entitled “The Fifth Fury”, it is just waiting for you…..