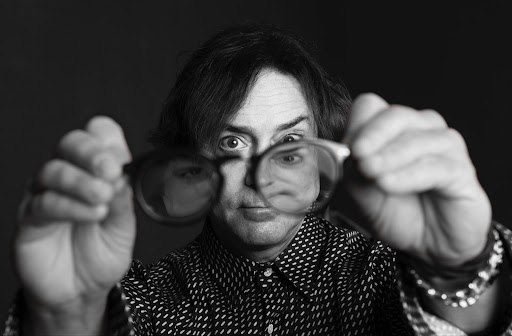 US alternative folk/rock artist – MICKELSON – is back with the brand new single: “Only Grey Matter Boiling In My Head” and news of a fresh run of UK Dates.

Kicking-off the new year with a choice collaboration, the new single sees the San Francisco songwriter teaming-up with XTC legend Colin Moulding, who provides the track with its wandering bassline and production nous.

Hallmarked with the humour, wit and ambition you might expect from a meeting of Mickelson and Moulding’s minds, “Only Grey Matter Boiling In My Head” offers a comical take on those moments of completely losing your cool…. As Mickelson explains:

“”Only Grey Matter Boiling In My Head” is a humorous song dealing with anger management issues. This theme of self depreciation shows up in my lyrics from time to time. I am also extremely honoured that Colin Moulding played bass. We had several chats about the song and he also offered some great production ideas.”

Introduced to Colin by his son Lee (who performs in Mickelson’s live band), the chance encounter seemed to chime serendipitously with a new song Mickelson had been writing that bore the arch lyrical quips and off-kilter arrangements not so dissimilar to XTC’s vintage output. Reaching out to Colin with the bare bones of the track, he consequently added his own distinctive stylistics. Speaking about the how collaboration came to be Mickelson adds: “I’d just written “Only Grey Matter Boiling In My Head” and thought it would be a good fit as there are some unusual twists and turns in the song and to my mind, reminded me of XTC. We recorded the basic tracks and Lee sent it to Colin. I quickly received his bass track and was pretty blown away by it.”

Gifting the track with its notably tilting basslines, the additional grandiose piano lines and accomplished drum rolls are courtesy of Mickelson’s UK-based live band, Jon Buckett and Lee Moulding respectively. Standing as the first piece of recorded music they have laid-down with their frontman, the drums and piano were recorded at Earthworm Recording Studio in Swindon, whilst Mickelson performed, produced, arranged, and mixed the rest from his Bay Area studio.

Due to reunite with his bandmates next month, Mickelson will be returning to the UK for a stretch of live shows spanning England, Scotland and Wales. With tickets on sale now, full dates and details can be found as follows:

Scott Mickelson is an artist/producer from San Francisco. His debut release Flickering was on the Grammy ballot for Best Folk Album and Best Roots Music Performance. His follow up full-length A Wondrous Life received great reviews in the US and abroad which led to his first European tour in 2019. He then produced the critically acclaimed Blanket The Homeless benefit compilation which included Grammy winner Fantastic Negrito. In 2020, Mickelson released Drowning In An Inflatable Pool to rave reviews in the U.S. and Europe. In 2022, Mickelson premiered the video for “UNarmed American”on Americana U.K and released his highly acclaimed new LP Known To Be Unknown.

No stranger to UK audiences, Mickelson completed a rave-received tour of the UK plus a three night residency at Maverick Festival in 2022, and will be returning for his fourth tour of the nation in February 2023. Already writing and recording his next studio album (with further contributions from XTC’s Colin Moulding also confirmed for the record), expect old favourites and a few new surprises as these upcoming full-band shows.