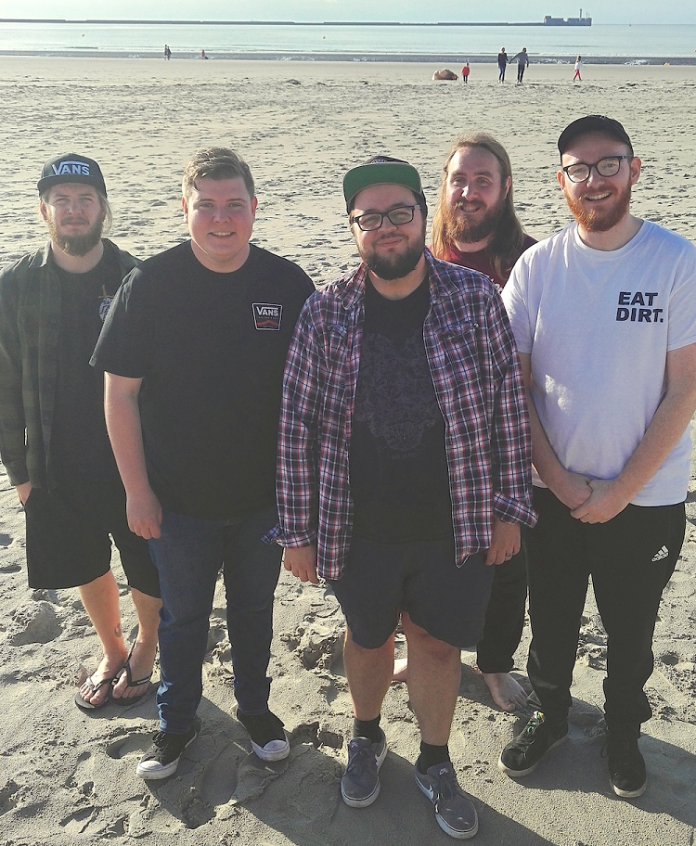 Worcester-based punk-rock quintet, Fights And Fires, are heading in to the summer of 2019 in support of a brand new, extra-special release through Lockjaw Records. ‘Kebaptism’ is a two-track release that will be available on a limited edition ‘Essential Kebab Accompaniment’ Sauce and through all usual digital platforms.

The release sees the band team up with Gloucester-based independent hot sauce company, Tubby Toms. A QR code on the side of the jalapeno and lime flavoured sauce will take you directly to the tracks – Providing you with the perfect soundtrack for devouring your favourite meal, whether it comes in a pita, flatbread or wrap.

Over the past 11 years, the band have been huge champions of supporting independent kebab shops across the continent. Speaking on the subject and ‘Kebaptism’ the band said “We’ve spent over a decade now trying all of Europe’s finest kebab establishments and wanted to give back and do our bit for an industry that has looked after us so well.

“With our experience and Tubby Toms’ know-how, we set about to create the finest kebab accompaniment known to man. We feel we have achieved that. This sauce will change your life.”

Since their formation in 2008, Fights And Fires have released three albums, an EP, two split releases and a handful of singles, resulting in the band selling over 6,000 copies of physical music – A fantastic achievement in this streaming age for an independent punk rock band.

Fights And Fires wear their hearts on their sleeves – never ones to put scene credentials before honesty. They’re not ashamed to say that Status Quo and Thin Lizzy, as well as bands like The Bronx and Rocket From The Crypt, had an imprint on the Fights And Fires sound.

“We’ve had a change of heart,” says drummer Lee Jackson “We got to a point where we were sick of being in a band. We became naively wrapped up in this vision of ‘trying to make it a success’ and we were actually overlooking the important part, which is to make sure you’re having fun.”

Fights And Fires are a band that pride themselves on having fun and truly enjoying themselves, whilst delivering, chaotic and passionate, rock-and-roll-inspired hardcore shows.

After turning their focus to touring mainland Europe, the band have built a solid underground fanbase throughout the continent, and their sheer persistence has seen the band cross the English channel over 50 times in the past 10 years, with no plans to slow up just yet.

This summer and autumn will see the band hit the road once again throughout mainland Europe. An extensive Germany tour is announced for July, with dates throughout France scheduled for September. The band are also scheduling select UK dates throughout the autumn – Details TBA soon.

Fights And Fires are: