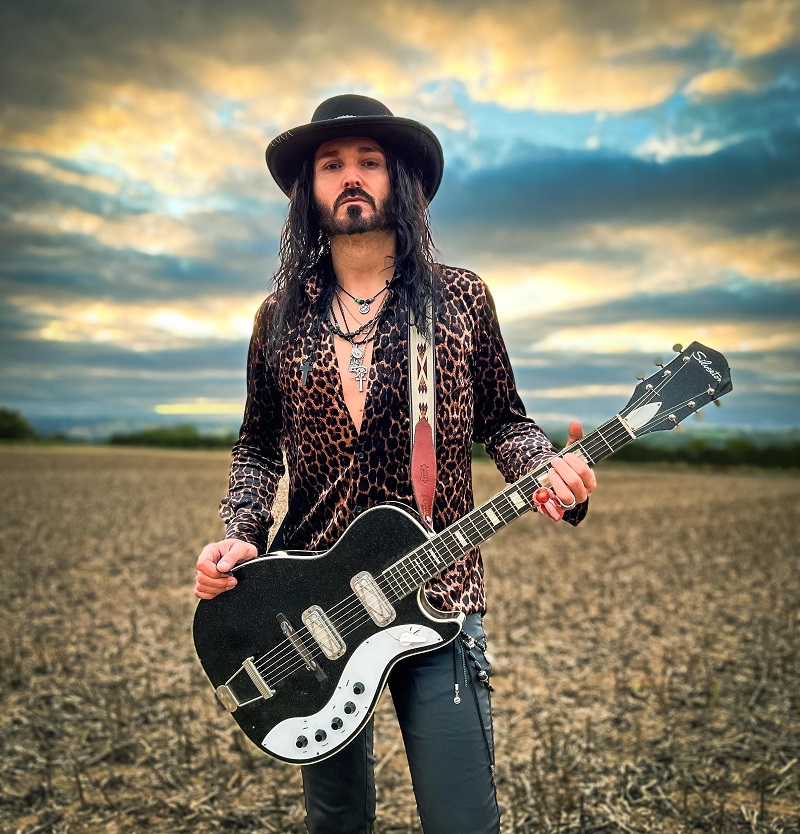 Hot off from winning Hard Rock Hell’s “Blues Artist of the Year” award and having his album The Wings of Salvation featured in Rock and Blues Muse’s “Top 25 Albums of 2022,” British slide guitarist and singer songwriter Troy Redfern is pleased to announce the release of his brand-new single The Fever on Wednesday January 11, 2023.  The Fever will appear on Troy’s forthcoming album due for release later in the year.

The official music video for The Fever is available view at https://youtu.be/ruSHJxNKjVs.

The new single follows the news of Redfern’s co-headline April 2023 UK Tour with The Commoners. Tickets are available via Planet Rock’s 48-hour ticket pre-sale from 10am on Wednesday January 11th.

Redfern has wasted no time since the release of the last single from his criticality acclaimed album The Wings of Salvation. In December, after the success of playing two storming sets Planet Rock’s Rockstock Festival, Troy headed back into the studio with the same dream team that made his critically acclaimed album The Wings of Salvation such an authentic success.

The Fever is produced by Dave Marks (who also plays bass), and features Paul Stewart (The Feeling) on drums. The single is mixed by Jo Webb.

“The plan for The Fever was to make something bigger and ballsier than what has come before,” says Redfern.  “I also wanted to expand the musical landscape with new colours and sonic horizons.”

The Fever is a slide guitar blues barn-buster with subtle nuances of rock, glam and psychedelia. Lyrically, it deals with themes of emancipation and breaking out. It’s Troy Redfern full-circle blues rock and roll!

“The Fever is about pushing back and breaking through all the obstacles when you’re feeling held down,” adds Redfern.  “It’s about feeling as if it’s you against the world.”

Redfern’s current album, The Wings of Salvation is available digitally, on CD, and vinyl from the Official Troy Redfern Shop.

A DHP PRESENTATION BY ARRANGEMENT WITH GYPSY SOUL ENTERTAINMENT

Previous article
BLAME CANADA
Next article
QUITE THE TANGENT