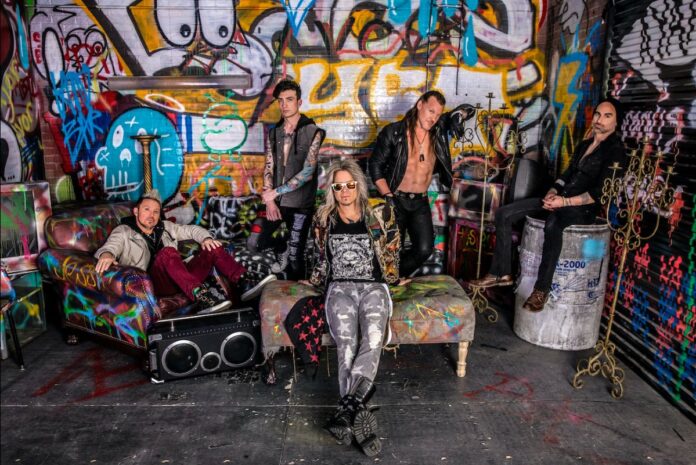 An undeniable Rock powerhouse, FOZZY have never been ones to take their foot off the pedal. Last year the band toured throughout the US, UK & Ireland on the first wave of their “Save The World Tour”, all while their previous single, “Sane”, climbed into the Top 10 on the US Rock charts. Today, Fozzy is unleashing the next single from their upcoming studio album. The new track, “I Still Burn”, is a visceral anthem that speaks to the unwavering drive that’s kept this band rocking for over two decades! Fans can stream the new song at the link found HERE.

The new album from Fozzy, ‘Boombox’, will see a May 6th, 2022 release via Mascot Records/Mascot Label Group (ex-North America). Pre-order for the record is available here: https://lnk.to/Fozzy

Speaking about the new single, frontman Chris Jericho comments: “I Still Burn is the story of the dreams, the passion and the fire that lies within all of us to be the absolute best we can be…and to do WHATEVER it takes to achieve the goals that make our dreams come true! The sacrifices, the losses, and the triumphs that we have all experienced make up the lyrical DNA of this song. I Still Burn is Fozzy’s mission statement, our life’s work and our destiny…and we are so proud to share this message of victory with our Fozzy family!! Plus, Rich’s guitar solo fuckin rules!!!”

The Duke himself, lead guitarist Rich Ward adds, “My entire career has been about pushing to the summit of the climb, never satisfied with boiling water with the Sherpas at Base Camp 2. I’ve been touring and making records for three decades, and I remain as passionate as ever. I Still Burn is the story of the fire that fuels that passion. This is our story!”

The newest single in Fozzy‘s arsenal is in good company. The band has recorded 5 consecutive top 20 singles, but fans across the world know that the benchmark was set high with their 2017 breakout “Judas”. Reaching the Top 5 on the US Rock charts and boasting 55 million views on YouTube for the music video, the song has now reached its biggest milestone yet – Gold Record status! Symbolizing the accomplishment of 500,000 copies sold, the band is thrilled to share the news of this certification with their legions of fans – because it has always been about delivering them with the biggest and best to keep the spirit of Rock n’ Roll thriving!

Addressing the news of  “Judas”. going Gold, Jericho says: “Being awarded a GOLD record has been a dream of mine ever since I started listening to The Beatles at nine years old and saw a picture of them getting an award for ‘Beatles VI’. Then as I grew older and heard Ozzy talk about his “gold discs” and seeing the walls of Rudolph Schenker’s house plastered with framed Scorpions awards, I set my goals on someday getting one of my own. And for ‘Judas’ to have sold 500,000 units in this day and age, completely blows my mind as a fan and a musician, and also makes me realize how far Fozzy has come and how far we are going to go!! Thanks to ALL OF YOU for making this dream come true for me and the guys. I can’t wait to hang my award on my wall…just like Rudolph.”