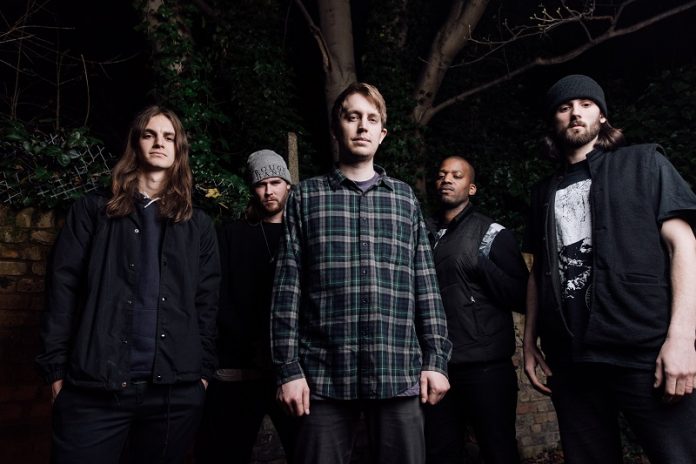 New video ahead of tour dates

Ahead of their September tour with Feed The Rhino, COUNTING DAYS return with their new video for Beaten & Scarred, which showcases footage from their storming set in a packed out tent at this year’s Download Festival, as well as their blistering shows with Architects, Hacktivist and coldrain.

Beaten and Scarred is taken from debut album Liberated Sounds. Talking about the video the band said; “The video for Beaten & Scarred was shot at this years’ Download Festival, some shows supporting Architects for the release of their new album All Our Gods Have Abandon Us and on some tours with Crossfaith, Coldrain and Hacktivist. Most of the footage was shot by Scott Canty from Dark North Media and the rest by Jordan Green and Ihsan Kemal, Our Guitarist Charlie edited the video so it was a real cool collaboration between the four of them. We incorporated some cityscape footage from around London as it ties in with the song really well.” Continuing they added “the lyrics are about how people in the United Kingdom have the ability to bounce back from harder times and strive for a peaceful and multicultural society. Alex(Bass) and Charlie(Guitars) also provide additional vocals on the track.”

This video follows the announcement that the band will be hitting the road with Feed The Rhino for 4 dates in September, as well as an appearance at Sheffield’s Festivile. The band have been out on the road for much of 2016 so far ripping up stages with Crossfaith, Hacktivist and Coldrain as well as supporting Architects on their incredible two sold out hometown album release shows back in May. For their most recent shows they tore up stages at Camden Rocks and Download Festival, where they took a festival crowd and transformed it into complete bedlam.

Produced by Fredrik Nordstrom (At The Gates, Arch Enemy, In Flames, Opeth, Architects, Bring Me the Horizon) at his Studio Fredman in Gothenburg, Sweden, Liberated Sounds subject matter hits on a number of recurring themes; mortality, relationships and religion all return throughout. The response to the album has been met with a wave of praise with Daniel P Carter proclaiming them “Crushing”, Rock Sound said they do metal better than “pretty much everyone out there”, Alex Baker at Kerrang Radio hailed their intensity whilst Metal Hammer claimed them to be “your new favourite band” and Kerrang Magazine described them as a “fierce, feral, metalcore left hook.”