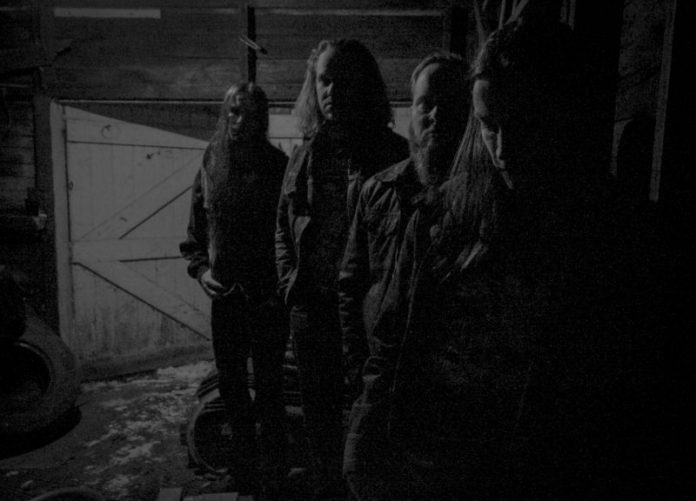 Canadian black metal duo with an album next month
Ontario-dwelling black metal doom fusionists Vow of Thorns once served as an anagram for Kevin Hawthorne’s solo work, now a joint effort with Dustin Richards, the duo has quickly become one of the most intimidating musical ventures to date. The band is constantly shifting between disparaging black metal vocals and triumphant guitar hooks dripping with doom-encrusted bass riffs and theatrical drums. The band pairs the forces of black metal and doom, blending the two styles with ease while maintaining a certain sense of tension and uncertainty in the air. Lyrically, the vocals act like a lone wolf trailing off into a forest unwilling to look back and focusing only on what despair lay ahead. With titles like ‘To The Unknown’ and ‘Wood Etched Epitaph’ on their 2013 debut EP ‘Forest Dweller’ the band accurately absorbs elements of the Canadian northern climate and transcribes it into works of musical art.
One is able to catch a glimpse of each influence in Vow of Thorns songwriting and their influences including Woods of Ypres, Agalloch, Drudkh, Opeth, Daylight Dies, and Wolves in the Throne Room. The band is on a journey that slowly takes on darker, lucid, and more despairing elements as they play more shows and write more records. Vow of Thorns is always developing sinister and near-unstable black metal blanketed by an entrancing shroud. The band is currently gearing up to release their next album and first full-length ‘Farewell To The Sun’ slated for July 15, 2016.