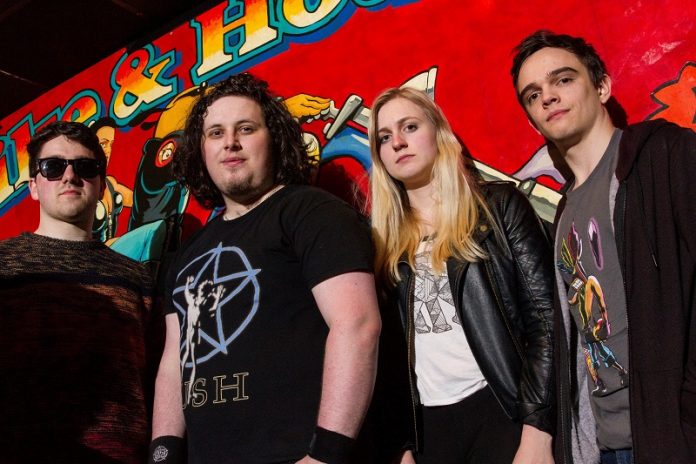 Tipping their hats to everyone from Rush, Dream Theater and Dio to Queen, Twisted Illusion reveal their enticing double-album ‘Insight To The Mind Of A Million Faces’, on Friday 22nd September.

In anticipation of the release, the progsters have just dropped the video single for ‘Textbook Tyranny’, and you can watch it here.

Twisted Illusion is the moniker for this exciting solo project fronted and created by Matt Jones. Although conceived by a solo artist,Twisted Illusion have revolving members who undertake live shows and recording, much in the same vein as Steven Wilson and Devin Townsend. Calling to mind a web of influences spinning from a host of 70’s Prog giants through to modern day luminaries, the crew acutely marry carefully formed intriguing guitar parts, dynamic drums, and enthralling vocals, to appealing effect.

Last year, the progressive outfit released their debut album, Temple of Artifice, to critical acclaim, with Tap The Feed citing that ‘Twisted Illusion take risks, creating thought-provoking music that demands your interest’. The record provided a steady bedrock for the group, allowing Twisted Illusion to extensively tour across the UK, which in turn has seen them gain a notable reputation as an incredible live force.

With their forthcoming double-album, Insight To The Mind Of A Million Faces, Twisted Illusion have progressed even further. Disc one encompasses nine fully-fledged slabs of prog-fused rock, with the second disc featuring two ultra-epic tracks including the mammoth and album’s namesake, Insight To The Mind Of A Million Faces, which is a twenty eight minute voyage through the senses. It is without doubt, that Matt Jones and Twisted Illusion have a vast and varied sound and a vivid vision of what they want to create. Their forthcoming single, The Problem With Eternity, highlights the blissfully melodic side of the band, while their new single, Textbook Tyranny showcases Jones’ more edgy and raucous side; the result is crushing and fully immersing.