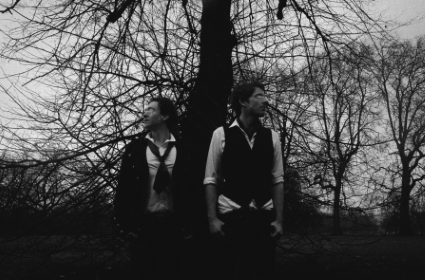 UK Dark Riff Rock crew, Taller Than Stories, unleash their mesmerising new video single, Little Johnny, on Friday 26th May. The track calls to mind everyone from The White Stripes and The Stooges, to Led Zeppelin.

Coming at you from the backstreets of London, Taller Than Stories are a bunch of exuberant misfits with a passion for stout dark riffs, tall tales and gory horror. Only born last year, the duo released their debut EP, Memoirs of the Forgotten, collecting a surge of support from the underground. Spawned from the band’s EP, their new video single, Little Johnny, is a short harrowing story, telling the grim fate of a young boy. Backed by pounding and heavily distorted rhythms, it’s an engulfing slab of twisted alt-rock that will send a shiver down your spine and consume you whole. 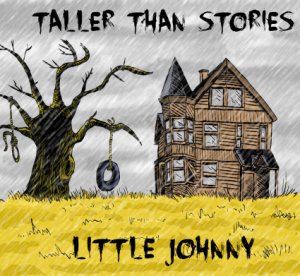 When asked to describe themselves, the two-piece sharply retorted “Men in waistcoats and tailcoats maniacally shouting about the end of the world.” While there is a truth to this statement, it paints only a partial picture. The potency and honesty from this band cannot be under-estimated. With a love for Tom Waits, Black Sabbath, Jack White and Royal Blood, the duo’s work is also reminiscent of Iggy and the Stooges, and although Taller Than Stories have their influences, there’s a unique originality to the band that sets them firmly aside from the current crop of rock ‘n’ roll pretenders and wannabes.