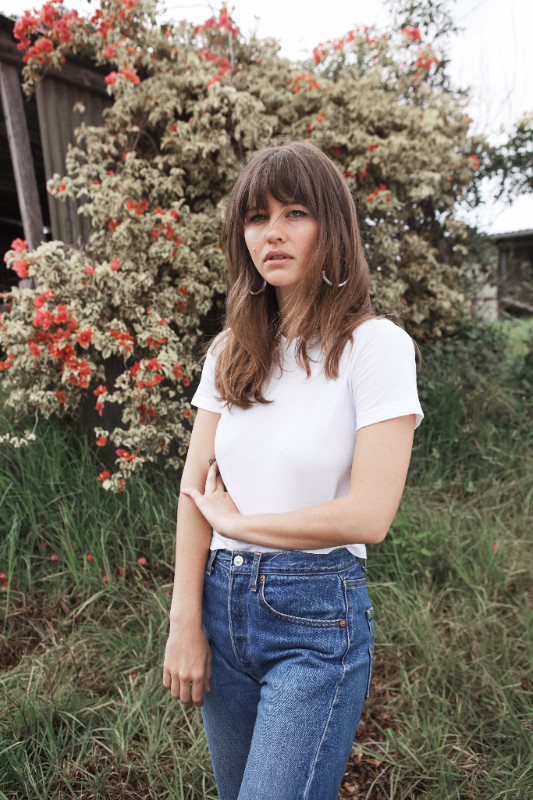 Today the Australian artist Joannah Jackson A.K.A. Sloan Peterson shares her debut single and accompanying music video for ‘105’.
The track is the first to be shared from her upcoming eponymous debut EP, due for release on 14th July 2017 via Mirror Records. The video is the first to be shot in the historic building of The Strand Arcade since scenes from David Bowie’s music video for ‘Let’s Dance’ and features Jackson as well as a cast of alumni dancers from the Australian Ballet School and Sydney Dance Company. Jackson said the following about the track:
”I wrote 105 pretty absentmindedly and at the time I don’t think I even knew if the 105 was an actual highway or street at all, ha! But the last verse was written about a lost lover of mine, who clearly lacked emotion and devotion, making my life at that period a little painful. It was a natural development of words from my heart; a sense of having someone but not really having them at all, trying to figure out all the question marks that go around relationships.’

Jackson forged her taste for music through involvement in Sydney’s South Coast DIY art scene after moving in with her sister at the age of 16. She spent years recording music through her laptop, filming homemade music videos, sifting through dusty records searching for lost gems with friends and lovers as they they came and went. Now aged 24, she releases her debut single as Sloan Peterson – a love child of 50’s guitar pop and modern garage rock, bursting with a warmth that’s inseparable from her private identity. Influenced by everything from Elvis to Wanda Jackson or the fashion statements of Nancy Sinatra and Bowie, Sloan Peterson is the sum of these influences that adds up to so much more.

Since its premiere on Australian radio Triple J, ‘105’ has gone on to find support across an array of media outlets and local radio stations. The video, helmed by director, Pete Moore, is a collaboration between Sloan Peterson and The Strand Arcade, designed to show off the latter’s autumn range. An interactive version of the video can be found on The Strand’s website.‘105’ is also available to stream here. Full details of Sloan Peterson’s debut EP are to be announced soon.