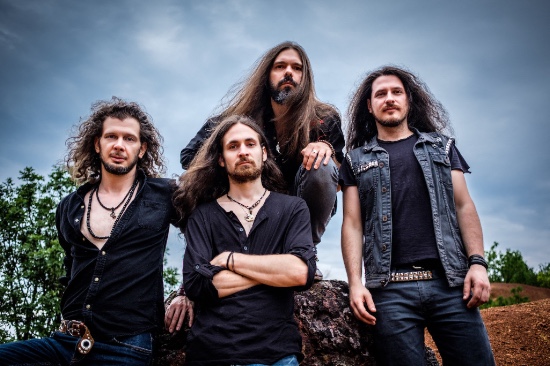 What’s more, this January, the Hungarian quartet will release their brand-new studio album Cosmos Calling on one of the finest heavy psych, stoner and doom labels on the planet. Ripple Music.

Acclaimed for their electrifying live performances, cranking out a bristling brand of high-octane rock, Ozone Mama hail from Budapest with a vintage sound swaddled in a modern vibe. “Ear-catching show of strength, rippling with musical talent and tunes that might just induce hip-shaking and hair-tossing.”
Maria Haskins, Rock and Roll (CA)

Their debut album The Starship Has Landed won a Fonogram Prize at the Hungarian Music Awards in 2012 and their follow up, Freedom EP (2013), received major airplay across European, American and Canadian radio stations, as well as press plaudits from esteemed publications like Classic Rock Magazine (UK).

Their last album, Sonic Glory (2016) saw the band receive their second Fonogram Prize in the category of ‘Hard Rock/Metal Album of the Year’ and capped off what had been an extremely busy time for the band, sharing stages across Europe with International headliners such as Monster Magnet (USA), Airbourne (AU), The Darkness (UK) and Kamchatka (SWE).

Now joining forces with the industry leading heavy rock label Ripple Music and following the success of their lead-off single ‘High Ride’ – which is still available – Cosmos Calling officially hits the streets on 19th January of 2018.