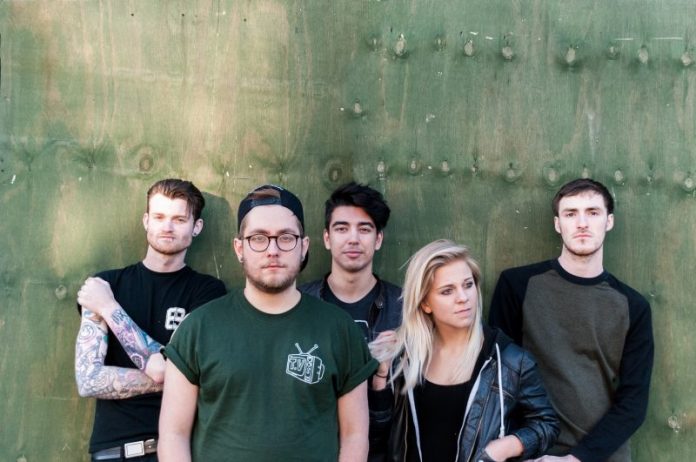 The band also hit the road this Summer in support of the release.

By taking inspiration from a variety of different artists, the aspiring tunesters have been encouraged by State Champs, Neck Deep, ROAM and Blink-182. Through digesting the fundamentals of these key influences, they have formed their own sounds, creating premium cuts that are both accessible and instantly engaging.

Hailingfrom Brighton, and formed in mid-2016, the band spent the summer months crafting their set and refining their live show in anticipation for their Winter UK tour. The shows were highly successful, leading the pop-punkers to being touted as‘one of the most exciting new pop-punk bands in the UK’. The five-some have recently completed work on their debut EP, In The Back Of My Mind, with producer Ian Sadler (ROAM/Homebound). This impressive release is bursting with catchy hooks, emotive vocal lines and driving guitar parts. With the release of In The Back Of My Mind slated for this August, alongside a UK tour with much revered Brit pop-punkers Better Than Never and Coast To Coast, this yearis panning out to be a very eventful one. Before the band fully take flight, catch MAYPINE live this August, at the below intimate venues: