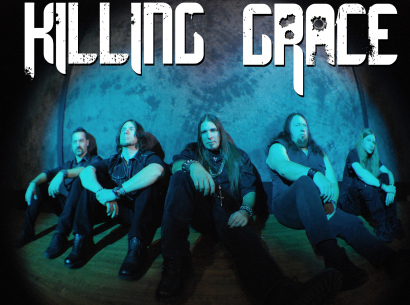 Tennessee Alt Rockers at the ready

Killing Grace is an original, dynamic, and energy-driven hard-rock band from Nashville, Tennessee. Their songs are a mix of hard-driving rock groove anthems and hypnotic melodies. insane shreds and raw lyrics speak to your soul. Killing Grace has a large and very loyal fan base in the Middle Tennessee area and has consistently packed their hometown shows to capacity.

The band has a unique sound heavily influenced by Godsmack, Alice In Chains, Seether, Avenged Sevenfold, Trivium, and others. The band has shared the stage with Jeff LaBar from Cinderella, Todd Whitener from Tantric and Days of the New, Green Jello, Halcyon Way, and countless other rock acts. The band has received numerous accolades such as the 2013 Music City Mayhem Award winners for Best Hard Rock Band and People’s Choice, the 2014 NIMA award winners for Best Hard Rock Band, and a nomination in 2015 at the NIMA Awards for Best Hard Rock Band. The band is known for being extremely fan-friendly, and prides itself on making sure everyone at their shows has the best time of their lives. Each member has an outgoing personality and strives to make themselves available to everyone.