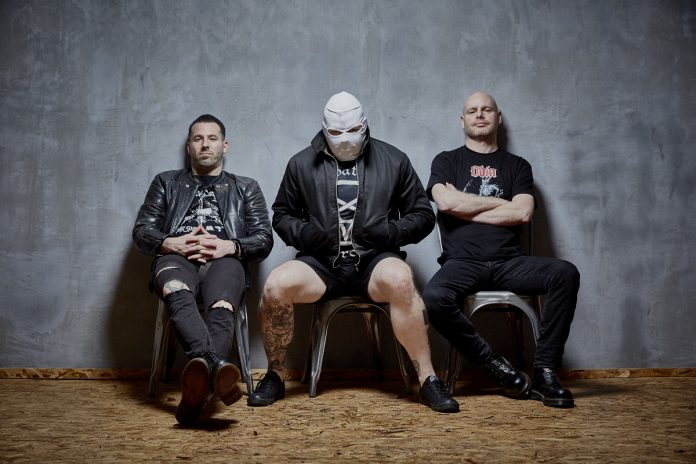 IRON MONKEY was beaten to life in the year of your Lord, One Thousand Nine Hundred and Ninety Four, at the location of Nottingham, England.

IRON MONKEY shit out 6 disgusting tracks of raw sludge-core that were released on the Union Mill label then later on Earache Records.

During this period S. Watson was thrown out for being transgressive and replaced by God’s lonely man Dean Berry.

Nineteen Ninety-Eight saw the release of the album Our Problem, also on Earache Records, a masterpiece of negative rock that instigated peace on earth and goodwill to all men.

This was succeeded by a split release on Man’s Ruin Records with Church of Misery from Japan.

J. Rushby soon abdicated and the band found a replacement in the manner of S. O’Hara of Acrimony.

Vocal terror J. P. Morrow died of a heart attack in June of Two Thousand and Two. Rest in noise.

The band reformed for no reason in the winter of Two Thousand and Sixteen with original members J. Rushby and S. Watson, with the addition of current Chaos UK drummer Brigga, forming the shape of an inverted black triangle of vitriol and phase two of operations.

IRON MONKEY do not care about your scene, bands or opinions… ELECTROCUTION, DOOM, OMEGA OMEGA OMEGA.