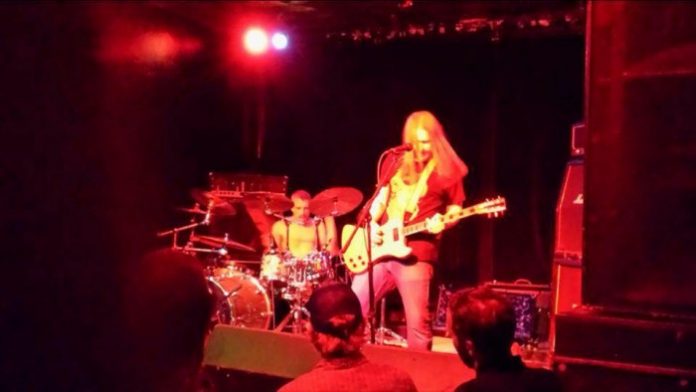 Heavyweight instrumentalists with links to Karma To Burn

Hailing from the mountaineer town of Morgantown, WV, the 2 piece, featuring guitarist Mike Lorenzen, and drummer Roy Brewer first met in 2004 from playing in other bands at the time.

It wasn’t until 2013 when the duo began to piece together what was known as the early stages of Iron Jawed Guru. Originally the band featured a third member, Eric Clutter, who later went on to join Karma To Burn.

From there, Roy and Mike decided to move on as a two-piece and adapt to their situation. This was what became their new record “Mata Hari”.