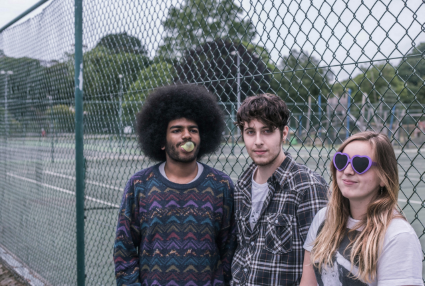 Cornish alt rockers with a single out this week

Teenage post-hardcore outfit Hypophora have quickly earned a reputation as a blistering live act in their native Cornwall.  Combining the technical expertise of fIREHOSE and Red Hot Chilli Peppers with a surfeit of youthful energy, the Truro-based four-piece offer a highly skilful and melodic take on punk-funk and 90s alt-rock. The band release their double A-sided single Youth / Caught on Friday 11th November through Easy Action Records.

Hypophora were formed in 2012, inspired by a collection of Seattle Grunge/Early 2000s Post-Hardcore bands, intertwined with snippets of Funk Rock and Jazz influenced Math Rock. The crew soon set out to push musical boundaries and to rip open the envelope of creativity. The band’s stunning forthcoming double A sided Youth / Caught, which arrives on Friday 11th November, is certainly testament to their manifesto. The single perfectly captures the essence of the quartet’s sound: hard hitting riffs accompanied by grooving slap bass, anthemic catchy and introspective vocal lines, and beautifully melodic guitar parts. The video for Youth was exclusively premiered at Louder Than War last month and can now be viewed right here –

To date, the band have received much praise and radio airplay from the likes of BBC Introducing and the Mike James Rock Show, as well as a slew of regional reviews from a host of South West publications. Hypophora have also made strong inroads on the live scene, bagging shows with some of the most promising underground Alt Rock bands in the UK, including: LTNT, Allusondrugs, The Hyena Kill and Narcs, to name a few. Now with the backing of hip indie imprint Easy Action Records and the launch of the band’s new double A single, along with their video and an impending UK tour, there’s nothing in Hypophora’s way.

||  You can buy ‘Youth / Caught’ 7″ limited green vinyl single here,ordownload the double A side from iTunes on Friday 11th November  ||