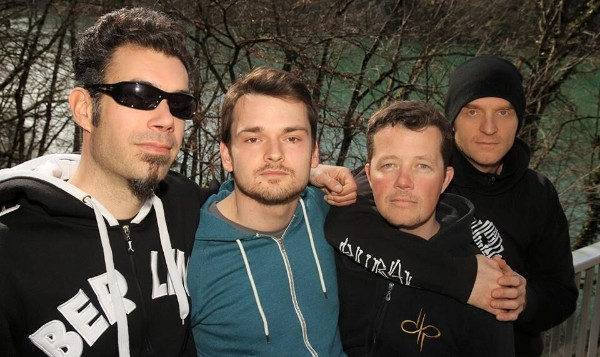 Swiss rockers have just released their new one

Founded by guitarists Florian and Sam, Helmut is a stoner-rock group from Geneva, Switzerland with a special love and passion for the bluesy-rock vibes of artists like ZZ Top and Molly Hatchet.
After releasing one EP “Mjöllnir” in 2007 and two full-lengths, “12” from 2009 and “XI IX XI” from 2011, the four-piece has recently inked a worldwide deal with Tenacity Music (The Crotals, Voice of Ruin, etc…) for the release of their third album “Bite!”, due out on November 13th 2015. Featuring ten new songs displaying influences spreading from Metallica to Queens of the Stone Age, Alice In Chains to ZZ Top, “Bite!” truly shows you what their mission in music is all about, to rock hard and have fun.
Over the past few years, Helmut didn’t just make a name for themselves with their studio works, but also with their energetic live shows in various European countries supporting artists like Death By Stereo, Underside and Closet Disco Queen and with a new album full of loud and straight forward rock riffs they show no signs of slowing down and prepare to hit the road again for more rock’n’roll live extravaganza.