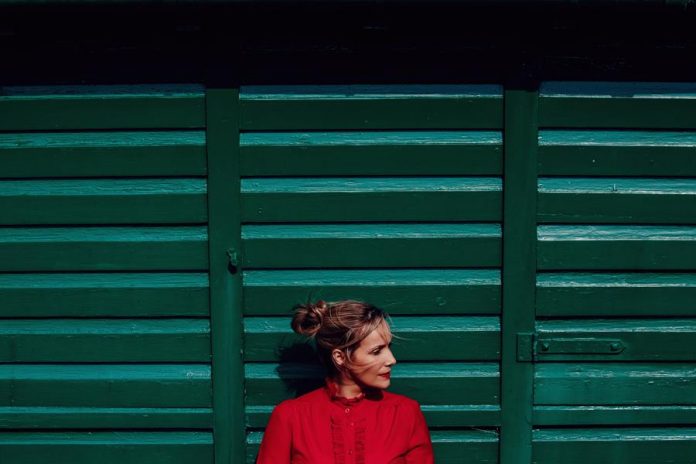 Irish singer/songwriter ready for a return

Heidi Talbot’s fifth solo LP plays to the tune of quiet skips and giant leaps. It crosses the ages, jumps into the unknown, traverses oceans and musical styles – from folk, through Americana, to classic pop, and back again. The Co Kildare singer / songwriter, who now resides in Scotland with her musical partner and husband John McCusker, is joined by a host of musicians and co-writers on the album, including Louis Abbott (Admiral Fallow), Duke Special, Adam Holmes and Boo Hewerdine.

“The title, Here We Go, 1, 2, 3, takes that idea of jumping, whether it’s into new musical territories, new bands, a new studio, new label, new family – new everything, really,” says Talbot, the recipient of 2008’s Indie Acoustic award and multiple BBC Radio 2 Folk Award nominations. “It’s about taking a chance. I’ve written eight out of the 10 songs on this album in some context, whether it’s the lyrics or the music – that’s the most I’ve ever contributed. And it’s quite personal. A lot has happened since my last album. We’ve built a recording studio, and started a label, and I’ve got a different band. I’ve had a second daughter. I’ve lost my mum. So, it feels like – okay, get ready to jump…” Also: we all need someone to catch us.

Here We Go, 1, 2, 3 explores the tricks and traits of time – the way it passes, rushes, falls back on itself. The way it stops. “The album was written over a couple of years,” Talbot says. “I stopped touring, stopped recording, took some time after having another baby, and sorted everything out in my head a little bit.” And although it was recorded in just 10 days – “it’s the quickest album I’ve ever made,” she offers – it’s a measured and unhurried long-player which reflects on birth, and death, and getting older, from gorgeous country-pop meditation ‘The Year That I Was Born’ (co-written with Louis Abbott), through downtime bluegrass psalm ‘Do You Ever Think Of Me’, to exquisite mortal jig ‘Time To Rest’, written by Adam Holmes.

One of the album’s earliest songs was ‘Song For Rose (Will You Remember Me)’. “I wrote that about the time when my mum was sick, and you know what’s going to happen, but you’d do anything to change it – so you make all these sorts of deals, with God or whoever you believe in, to have this not happen,” Talbot explains. “I did all my crying while I was writing it, so now I can sing it. And talk about it. That helped a lot.”

The album revels in the comforting, and restorative, powers of music: it’s never maudlin or overly dark. ‘Song For Rose (Will You Remember Me)’ is not sorrowful, but rather gently uplifting. It ends on a lullaby, with a child’s voice: a celebration of familial birth, and re-birth. “That’s my little girl singing at the end,” Talbot offers. “When we played her it back she was like – I can’t hear me! Turn me up!”

This sense of family and home is reinforced by the album having been recorded in Talbot and McCusker’s self-built studio, housed in a converted eighteenth-century bothy next to where they live in the Scottish Borders.“Recording the album in our own studio was amazing,” Talbot says. “You’re in your own environment, you’re comfortable, you’ve got all the time you need, and the kids can come over. It feels like everyone can be a part of it.”

Talbot has not always been so settled. Celestial torchsong ‘Chelsea Piers’ (co-written with Duke Special and inspired by The Pogues) conjures a languid, late-night New York and recalls Talbot’s years in the US, during which she sang with Cherish The Ladies, performed at the White House, and dreamed of home. Her cover of Natalie Merchant’s ‘Motherland’ is particularly resonant in light of this.

The title track is inspired by an old gospel song. “I loved the idea of it being quite uplifting, of it not being a funeral hymn, even though it’s about death,” Talbot offers. The same could be said of a bright and beautiful album that touches on grief, depression and love. “It’s as sad as you want it to be,”she says, smiling. It’s equally heartening, cheering and enlightening. Hope springs eternal.

*with the John McCusker band