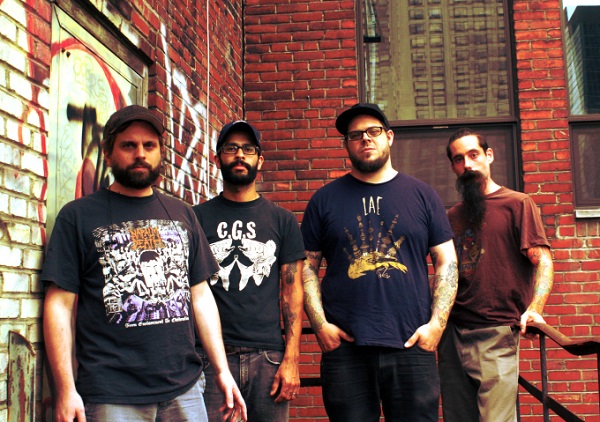 Experimental Canadian’s offer a free download
Since forming in Montreal in late 2007, The Great Sabatini have released four eps, three full length albums, and logged seemingly endless tour dates around North America and Europe. Their music is an aggressive mixture of noise rock, doom, hardcore, and metal wrapped up in a burly sludge aesthetic. They’ll fearlessly employ any musical device if it suits their needs, from standard pop song structures and hooks to utterly tuneless experimentation or any degree between the two. All four band members handle vocal duties. They play loud, and with conviction.

Their latest full length album “Dog Years” (2014) was the result of years of accumulated experience writing, performing and recording together. It was recorded in Hamilton by Sean Pearson (Cursed, Shallow North Dakota) and self-released by the band in Canada on digital and vinyl and released by Solar Flare Records on vinyl for Europe and USA.