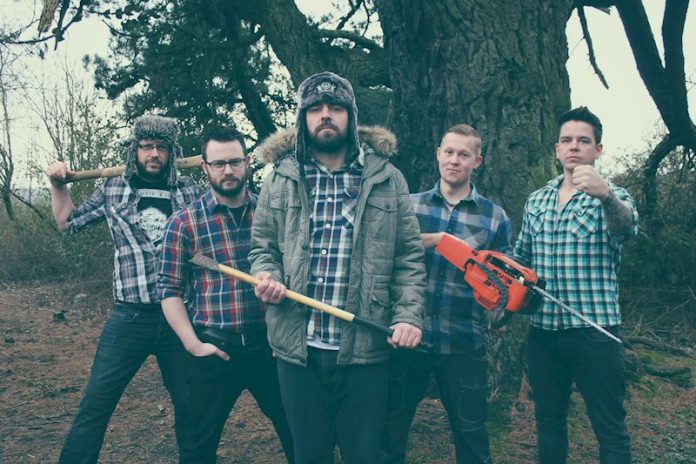 South Wales bruisers I FIGHT BEARS hit you with towering vocals, crushing riffs and hammering beats. The highly-regarded quintet drop their self-titled debut album on Friday 16th February, and the metal beasts have just released their lyric video for Lost The Fight

Pulling influence from Killswitch Engage, Parkway Drive, and Lamb Of God, and hailing from Bridgend, the same town as Funeral For A Friend and Bullet For My Valentine, I FIGHT BEARS were formed just over two years ago, and since then, they have never looked back. In the early days, the metallers crafted demos which spiked the attention of industry tastemakers, and live shows with When We Were Wolves, Skies In Motion and Perpetua, soon added to the band’s rising stock. I FIGHT BEARS continued their growth with the release of the singles, State and Believe In Me, which were recorded at Tidy Studios with Gav Burrough (Funeral For A Friend). This year, the five-some commenced work on their debut album, as well as releasing a new single,Hammers – https://www.youtube.com/watch?v=klTobMmUJ74  to much acclaim.

The band mainly self-recorded their debut album, however they also worked alongside Micheal Paget (Bullet For My Valentine) on a series of tracks for both mastering and mixing. The result features ten thumping cuts of edgy modern metal, the record battering you from pillar to post. From the pounding assault of their last single, Hammers, and their current single, Lost The Fight which thrashes your ear drums into submission with a flurry of colossal riffs laced with full throttle vocals, through to their mesmerising future single, Envision, this is an album that will make people stand up and take notice. Your new favourite band has just arrived. Welcome, I FIGHT BEARS.