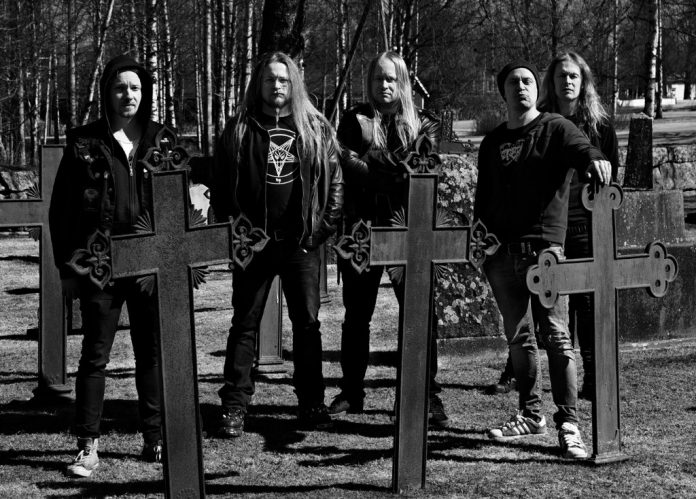 FESTERDAY were formed in Pietarsaari, Finland in the year 1989.

This could have been the end, but FESTERDAY got together again in 2013, remastered all their previous material with Sami “Jämy” Jämsen at Studio Perkele in November 2014, and released everything on ‘…the Four Stages of Decomposition…’ (2015).

Featuring members of …AND OCEANS, MAGENTA HARVEST, HAVOC UNIT, and KHAOS NIHIL, FESTERDAY are back together and will finally release their debut full-length on Season of Mist later this year.

Season of Mist are proud to announce the signing of FESTERDAY. Not counting the compilation of earlier material, the Finnish death metal cult act will release its debut studio album on Season of Mist.

Regarding their signing, FESTERDAY comment: “It is now close to 25 years, following our decision to split up. It has taken as many years after writing any songs for this band that we got our shit together again and came up with new material to see where this might take us. Six new songs later, we sent them to various labels and magazines. Much to our surprise, the feedback was overwhelming. After negotiating with different labels and pondering over their offers, we decided to take action and double the excitement by joining a familiar and globally established label: Season of Mist. It feels like coming full circle to return to the label, where it all started with …AND OCEANS over 20 years ago. Like in this old proverb, it goes without saying: the frost will drive a pig back home.”