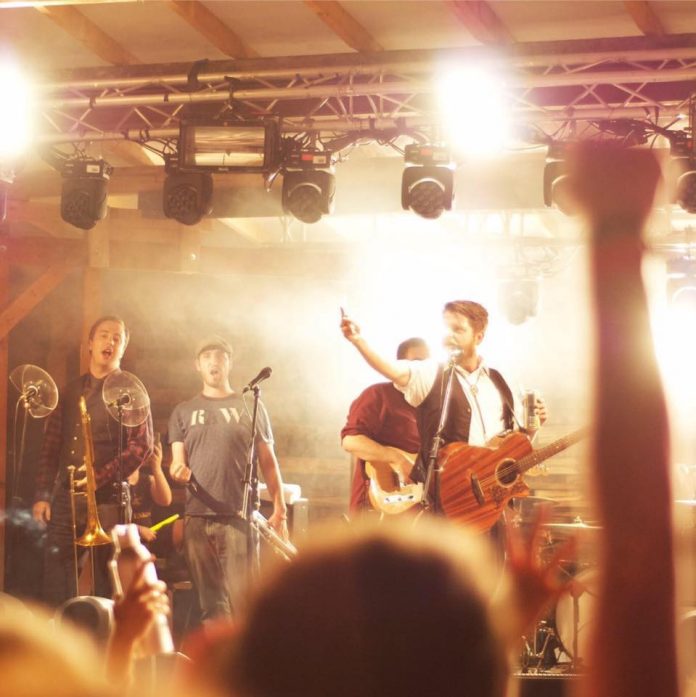 The Eskies are purveyors of music that meanders from sea soaked waltz to Italian tarantella, from brassy funeral march-esque lament to weep along Klezmer knees up, from chain gang holler to rag time finger snap. Skipping through the dark side of anything that makes you want to dance, steeped in melodrama and usually with not a small amount of tongue in cheek.

The band have brought this unique brand of folk noir/gypsy jazz/sea shanty and their all screaming, all sweating, swaggering stage spectacle to ballrooms and booze-houses the length and breadth of Europe; sullying soirées and lowering inhibitions of get-togethers and social occasions wherever they have ventured.

2016 has been their biggest and busiest year to date with the band undertaking extensive tours of Ireland, the UK, Spain, Italy and The Netherlands as well as squeezing in their first ever appearance at the hallowed Glastonbury Festival and even a performance on BBC Radio 4‘s Loose Ends with Clive Anderson.
Their debut album After The Sherry Went Round is due for release in the UK on the 26th of August, having already been released in Ireland to public and critical acclaim. It catalogues the first four years of the band’s existence and is a highly charged, infectious blend of surge, swoon and surge again, with dark tales of betrayal, revenge, fear and scorn all delivered at break neck speed that’s sure to get you flailing about the place with reckless abandon.

In support of the album’s release, The Eskies are undertaking their biggest UK tour to date, with dates spanning the entire country in September/October of this year.

For the latest tour updates, including summer festivals, please check:www.theeskies.com/upcoming-gigs.html