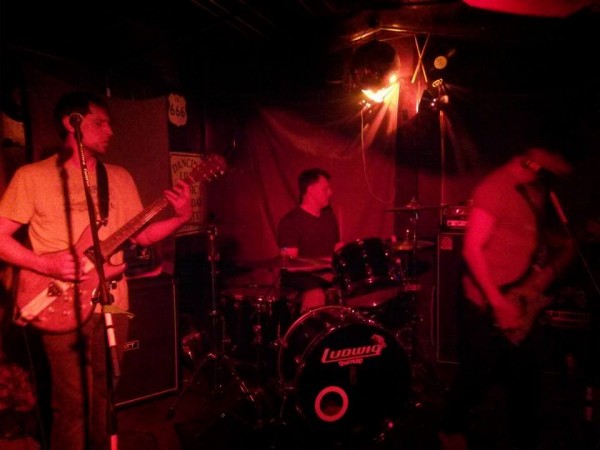 If you thought San Francisco was all about thrash metal, think again. Meet the stoner band that’s lost in space.

Disastroid is a heavy music trio from the San Francisco Bay Area who has carved a name for themselves in the Bay Area heavy music scene with their sporadic releases and intense/atmospheric live shows and complete DIY ethic and approach.

Formed in 2007 by Enver Koneya, Travis Williams and Braden McGaw through their shared interest in Kyuss, fuzz pedals and Godzilla movies, the collective interests were then forged into a band that created a sound that one fan has described as: “It sounds like an armada of spaceships blasting across the galaxy in preparation for intergalactic war.”

With two full lengths under their belt and a handful of E.P. releases, they guys keep pretty active and have already played alongside the likes of Fu Manchu, Yawning Man, Eagles of Death Metal Church of Misery, Jucifer, Black Cobra and Helmet since their inception.
The latest release from the San Francisco riffers is entitled Missiles and is follow up to their last 7” release Karoshi. Recorded and mixed in the Bay Area with mastering done in Los Angeles by Mike Wells, artwork/illustrations created by bass player Travis Williams. Eight songs of conceptual tone and carefully crafted riffs, it’s a break from what Karoshi brought with its slow sludgy tempo and feel.

A faster/frantic pace and melodic sense is prevalent in most of the tracks, without sacrificing any of the characteristics that made them known for the sound they’ve forged for themselves and their audiences.

Enver’s playing is much more upbeat with a good mix of clean tone harmonies and sludge infused grooves, Travis’s bass playing never wavering along with Braden’s drumming patterns. Their musicianship and songwriting capabilities improve and excel with each new release they put out and it shows with Missiles.
Like all their other releases, “Missiles” was a complete DIY effort in terms of the recordings, mastering and production our review of the album will online next week.

Other releases from the band include:

Previous article
Zaklon. The Black Metal One Man Band
Next article
Profane And The Sacred: Meet Your New Favourite Band