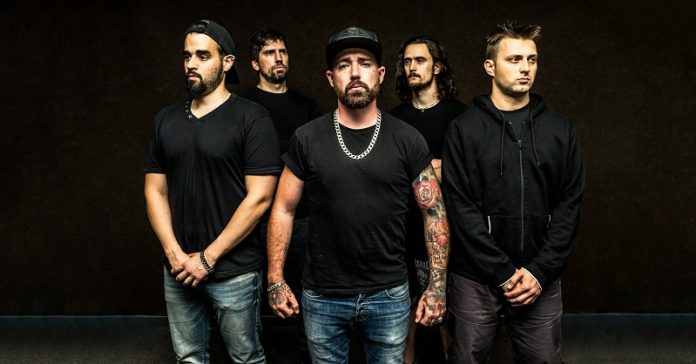 DECRYPTED are a largely dynamic and culturally diverse unit. Although the group now reside in London, Martin Luczynski (guitar) and Rafal Siek (bass) originally hail from Poland, alongside Ricardo Almeida (guitar/backing vocals) who is a Portuguese national, while Vincent Labelle (drums) was born in France.

Vocalist, Steve Kerr, is the only member of the band actually born in England. Harnessing their unique beginnings and varied backgrounds, the quintet have poured their diversity into their music, creating a sound that is heavy, aggressive, technical, and unique.

The original idea of the band was dreamt up in Poland by guitarist Martin Luczynski. Compelled to move to London in pursuit of a better life, Martin wouldn’t give up on his dream and immediately started searching for suitable members. In 2013, an early incarnation of the band was formed initially in a small living room in the East End of London, with no more than a digital drum kit, a guitar and a glut of inspiration. Jump forward to 2016, and DECRYPTED’s line-up was finally complete with the recruitment of frontman Steve Kerr, who enabled the group to burst out of the rehearsal studio and onto London’s live music scene. With responses to their live shows far exceeding expectations, the rising metallers are rapidly creating an army of followers and this is only set to increase as the band release their new video single, Equinox Of Eternal Embers, and their forthcoming EP, Solitude Of Self Awareness. DECRYPTED now reveal the single, Equinox Of Eternal Embers -and the track is representative of their blistering sound – explosive riffs and heavy breakdowns merged with an engaging vocal attack.