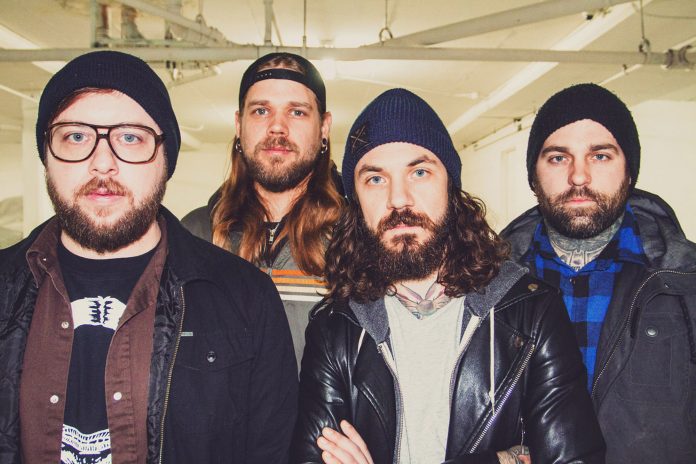 Anion was formed in early 2010 in a diesel soaked rehearsal space with one purpose – to create the music that its members wanted to hear. No scene points, no genre devotion – just a desire to create devastatingly heavy and ultimately ugly music. Riff driven and intense, the music stands apart with an underlying foundation of ugly and intense hardcore, healthy doses of abrasive noise rock and heavy sludge mixed in to create a unique sound that Anion are known for.

Their new EP/7” record entitled “Fractions of Failure” was released on May 20, 2016 via No List Records and features artwork by Demian Johnston (Great Falls/Playing Enemy). This EP, recorded by Jesse Gander at Rain City Studios, sees the recorded debut of new vocalist Sean Bouchard and new drummer Tristan Helgason (ex-Ghost of Modern Man, Molten Lava), elevating the band to a new level.

Having played with bands such as Indian (Relapse), Helm’s Alee (HydraHead), Thrones (Southern Lord), Black Elk (Crucial Blast), KENmode (Profound Lore), and Ghostlimb (Vitriol), among many other well-known acts, Anion’s live shows are intense and abrasive. Not soon forgotten, they have gained notoriety for these live performances in various publications and websites such as Exclaim! and Beatroute.

With the digital Manolete EP, the Carrion King 7″ and the handcrafted Corpseflower cassette among their releases, Anion has had extremely favorable reviews in publications/sites such as Terrorizer, Maximum Rock and Roll, Exclaim!, Hellbound and more.