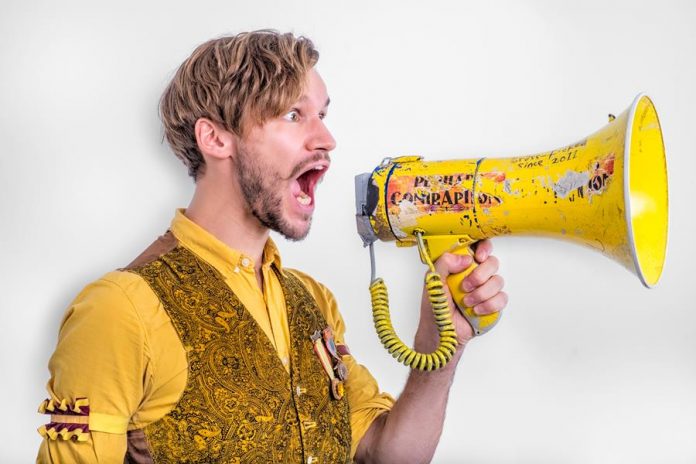 Perhaps Contraption are a twisted 9 piece art rock brass band from London. Part chamber orchestra, part choir, part experimental marching band; their sound is something like Steve Reich meeting Frank Zappa and Sufjan Stevens in some sort of punk-jazz collision, staggering through a fairground. The troupe’s intense pop up performances have created a cult-like festival following, and won them the Haizetara International Street Music competition (Spain) in 2014 and 2015, the judge’s prize at Cirque et Fanfare Festival (France) and Help Musicians Emerging Excellence Award in 2013.

Recorded at London’s Premises Studios and mastered by Mandy Parnell (Bjork, Dirty Projectors) the album touches upon the joyous and irreverent, the dark and the savage, the oom-pah and the sublime.

Anywhere and everywhere this troupe have bellowed their massive choral harmonies and jubilant, soaring horns. They have led processions upon boats, beaches and mountains, and during the next few months will be completing a London street tour. Spontaneous performances will occur in unusual public spaces around the city (beaches and bandstands included…).

Whether leading exultant parades, amplified stage shows, or fleeting street performances, Perhaps Contraption create an unforgettable sonic spectacle. Fierce, desperate, yet brimming with hope, ‘Mud Belief’ captures this sensation perfectly and in doing so the band have created their most accomplished and urgent recording to date.