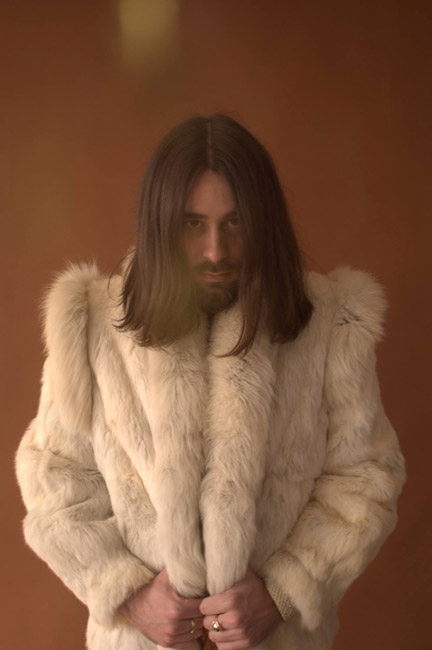 Dayton, OH native M Ross Perkins has been taping himself at home for well over a decade. But on his newest self-titled debut effort, he’s truly hit his stride in crafting effortless California psych grooves seasoned with British invasion guitars – and all with an achingly tuneful voice recalling Nilsson & Lennon. Clever lyrics and atmosphere for days.

Perkins has an interesting, if not peculiar past. His childhood home was on Dayton’s legendary Titus Avenue, five houses up from The Snake Pit, the basement studio of Robert Pollard (Guided By Voices). His early material was discovered in 2007 by the band MGMT, who offered a touring support slot at the peak of their breakout success. But Perkins declined the shows due to anxiety. He worked as Buffalo Killers’ roadie for their tours opening for The Black Crowes, and not long after ceremoniously burned an enormous back catalog of his recorded material during an intense LSD binge.

It’s little wonder then that for this release the influences of both psychedelic drugs and psych acts (such as Os Mutantes, Syd Barrett and The Beatles circa Magical Mystery Tour) would play heavily next to the sumptuous ’70s songcraft of the likes of Emitt Rhodes and Harry Nilsson. Perkins’ enigmatic and eccentric personality peers through these 12 organic and often hallucinogenic pop gems: songs that surely would’ve had the A&R reps at Apple Records feverishly scrambling for pen & signing papers back in ’72.

Perkins plays every instrument on this new record with no additional performing personnel, and also mixed and engineered the album himself in his home studio.

M Ross Perkins’ self-titled debut album will be available on Limited Edition vinyl, CDs and digital formats on October 14th via SofaBurn Records. The album is available to pre-order here, and the digital single “Humboldt County Green” is available to purchase now here.