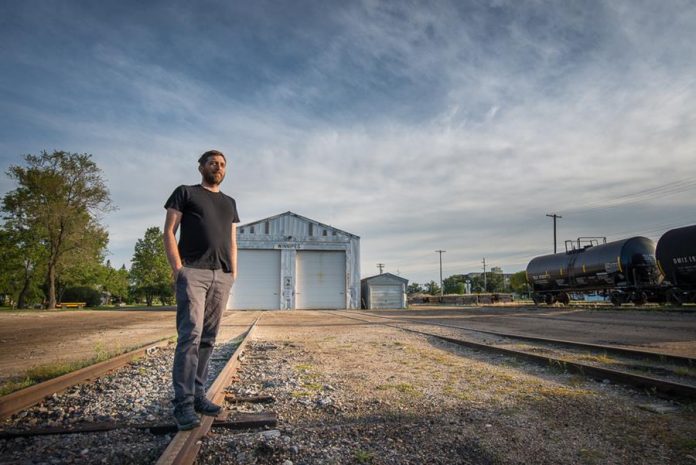 Ex Weakerkeans man is back

Singer/Songwriter John K. Samson Enlists The Rhythm Section From His Renowned Band The Weakerthans For Much of His Second Solo Album,  Winter Wheat,Available From Epitaph/ANTI, October 21st, 2016.

Inspired by the search for connection and community, his hometown of Winnipeg, and our individual and collective struggles with addictions to drugs, screens, and fossil fuels, John K. Samson’s new full-length album,Winter Wheat, is a sprawling, masterful and timely work by a writer at the peak of his powers.

Winter Wheat was produced in garages and homes through a Winnipeg winter by Samson’s partner and collaborator, Christine Fellows, and his Weakerthans co-founder and drummer/multi-instrumentalist Jason Tait, and mixed in the spring in Toronto by Robbie Lackritz (Bahamas, Feist). The spare and thoughtful arrangements also feature Greg Smith of The Weakerthans on electric bass, Ashley Au on double and electric bass, Leanne Zacharias on cello, and Shotgun Jimmie on electric guitar.

Several of the 15 songs, most directlySelect All Delete, Vampire Alberta Blues, and VPW 13 Blues, are inspired by Neil Young’s enduring 1974 albumOn the Beach, and that record’s honest and unvarnished spirit is evident throughout Winter Wheat. Postdoc Blues follows an aging student struggling to maintain faith in the possibility of a better world, whileFellow Traveller is loosely based on the life of the British art critic and Soviet spy Anthony Blunt. 150 years of Winnipeg’s history is revealed in the two and a half minutes of Oldest Oak at Brookside, and Samson’s recurring characters Virtute the cat and her troubled human companion (from The Weakerthans songs Plea from a Cat Named Virtute and Virtute the Cat Explains Her Departure) make their final appearances in 17th Street Treatment Centre and Virtute at Rest.

Like the crop itself, which is planted in the fall, sprouts, goes dormant through months of snow and rises in the spring,Winter Wheat is a determined, beautiful, resilient response to difficult and extraordinary times.