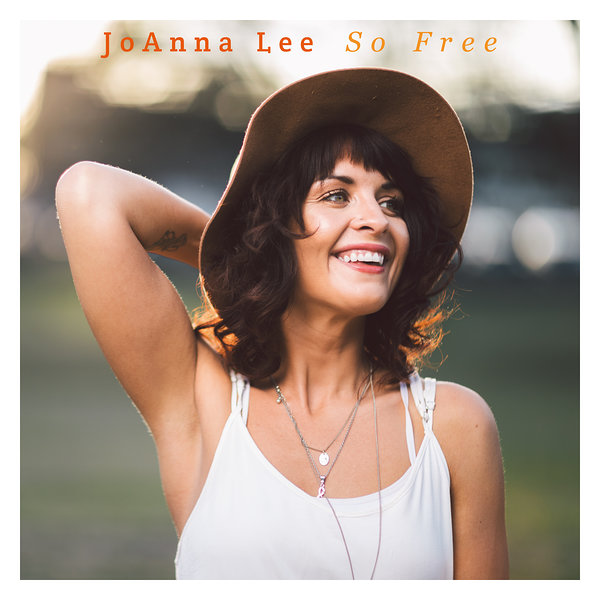 Ladies, gentlemen and undecided… welcome to your earworm of the autumn. So Free, is the debut album from singer-songwriter JoAnna Lee, it’s released on October 14th – and it’s utterly gorgeous.

The album follows the debut single The Real Thing, which has surpassed 100,000 views on YouTube since its release on 28th July.

JoAnna brings a unique array of influences to her rootsy soul sound. When all her friends in grade school were getting into N’SYNC and Britney Spears, her mother was introducing her to Stevie Wonder. Surrounded by a family full of cousins who all played instruments, she took naturally to incorporating R&B (her original dream was to be a Motown singer) with her acoustic guitar. From the dreamy, lilting “Sunshine” (which she originally wrote about a crush she had for an eighth grade talent show!) to the raspy obsessional-confessional “Drinking By Myself,” the ten tracks on So Free create an intimate yet universally relatable chronicle of her life experiences, covering a span from adolescence through young adulthood, reflecting joy and optimism, innocence and growth, and heartbreak tempered by lessons learned.

The multi-talented performer’s inspiration for “So Free” was the fateful decision she made six years ago that changed her life. She left the small-town environs of her long-time home of Bend, Oregon – where she became popular on the coffeehouse and wine bar circuit – and moving to the thriving live music hotbed of Austin to find greater opportunities to share her voice and bare her musical soul to the world.

Even in a city where “there is literally music on every corner,” JoAnna has carved out a niche and generated an ever growing fan base for her edgy acoustic based pop, rock and soul hybrid vibe via gigs at numerous bars, restaurants and hotspots like historic Memo’s and the One-2-One bar. Daring to mix some of her powerful originals into her sets, she literally opened the floodgates for a fresh crop of singer-songwriters at Cedar Street Courtyard during her long-time weekly Saturday night residency. Prior to her booking there, the venue strictly booked cover bands.

Her family – including grandmother JoAnne Riddle on piano and grandfather Janpa on chromatic harmonica – sowed the musical seeds, and by the time she was six she’d already graced a stage or three.

‘Having these experiences and people who helped build and show me life through music is why I have such a passion for it,’ says JoAnna. ‘It is one of the core elements that ties all of us together in this world, and in this life.’

Split-screen 20 years later, and JoAnna had moved to Austin to pursue what comes naturally – which is when the right doors started opening. Her talent pricked the ears of multi-platinum selling producer Dwight Baker, with whom JoAnna worked closely to hone her sound – luscious, soulful pop with just the right amount of grit.

Another break came when she was invited by Les Cutmore to open for Deep Purple at the Dubai International Music Festival – soon after that, JoAnna was signed to Cutmore Records.

And the public are cottoning on in their droves. JoAnna’s beautiful acoustic version of The Real Thing, has already reached 40,000 views on YouTube, not far behind the original. Her official Facebook is knocking on 12k likes, and The Real Thing is gaining solid play on US radio stations.