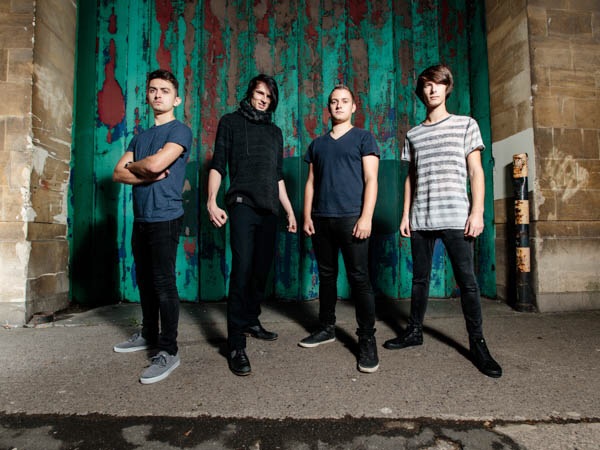 Formed in Bristol, Fall Of The Archetype bring something new to the listeners of progressive metal music. The band experiment with a unique concoction of sounds consisting of strong melodies and polymetric rhythms contrasting seamlessly with more ambient and psychedelic sections.

Fall Of The Archetype have released a lyric video for single ‘Cries So Silent’. Full of haunting vocals, technical riffs and a tonne of breakdowns, the single is a new addition to the re-released EP – ‘Psynopsis’.

“With our first recording, we got really hooked on the idea of subsequent releases having an element of continuation. We wrote, recorded and released ‘A Breath So Cold’ and loved it. When the time came to take the next step, we had a serious challenge. We wanted something that lead on from Breath, lyrically and musically, but it had to be distinct; a showcase of what we have become.

As time ticked on, more pieces fell into place, and soon enough Tom pitched what he had to the rest of the band. We all knew that demo, although a little rough around the edges, would become that showcase. The next challenge we faced rested on Hayden. Drawing inspiration from the hardships faced at work, in social situations, in day to day life, and with due note to his recent infatuation with heavy rap-esque vocals, Hayden set to building a vocal part that reflected what Fall of the Archetype have become and how we got there.

With the full idea on the table everybody made their mark on the song; Tom showing his technical skill, George making his bass presence stand out, Jack driving the momentum and Hayden letting his madness shine. After some tweaks and twists and many more hours spent in a studio, the final version of ‘Cries So Silent’ was born.

Cries So Silent is the amalgamation of everyone’s soul. You can hear each members mark on the song. As well as being proud of what we have created, we are grateful we have had the opportunity to do so.”