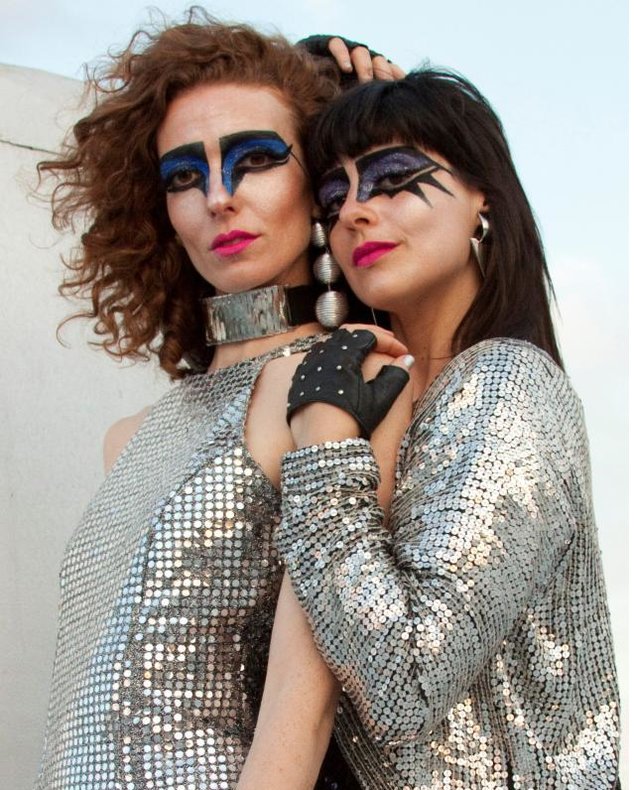 The lyric video was created by King Z (Dylan Bowman), a young artist Mother Feather’s Ann Courtney met fortuitously at one of the band’s live shows in Brooklyn a couple years ago. “He made quite a first impression on me,” says Courtney. “It was his first NYC rock show ever and he was totally wild-eyed afterwards, a fireball of pure enthusiasm. I liked him right away. Dylan made the move to Brooklyn to attend art school at Pratt shortly thereafter and I’ve become a big fan of spectacularly psychedelic style, which is on full display in his webseries, ‘King Z.’ I was thrilled when he agreed to collaborate and lend his style to a lyric video for ‘Trampoline.'”

“Trampoline” was aired during the season premiere of Showtime’s Shameless, on November 5th in the USA. For more information aboutShameless, please visit: http://www.sho.com/shameless

Mother Feather will release their upcoming album in 2018 via Metal Blade Records. “The newest songs for the album were written last fall and winter in the midst and aftermath of the US presidential election,” Courtney comments. “The political climate and outcome were personally devastating, but it also re-ignited my sense of purpose. I locked myself away to write, face my depression, and stare down some uncomfortable feelings. Truthfully, I went to some very dark and lonely places. So there’s a lot of fever – and intimacy – in the new music. When I emerged from my self-exile, I discovered my band waiting for me on the other side, so there’s exuberance and catharsis there too. It’s good to have friends, ya know?! Together, we worked to develop the songs and shape them into some of Mother Feather’s best, most eclectic work yet. We couldn’t be more excited for this opportunity to continue our work with Metal Blade.”

Mother Feather released their self-titled album last year via Metal Blade Records; for their efforts, the group has garnered massive buzz for their unique brand of rock, vibrant Bowie-esque costumes and makeup, and enthralling live show. Having been featured on IFC.com, TeamCoco.com, and HuffingtonPost.com (who declared them as “a great New York City band in the tradition of Great New York City Bands”), Mother Feather was also named “new band of the week” by Metal Hammer, and has received much play on Daniel P. Carter’s Rock Show on BBC Radio 1. To preview and purchase Mother Feather, please visit: metalblade.com/motherfeather