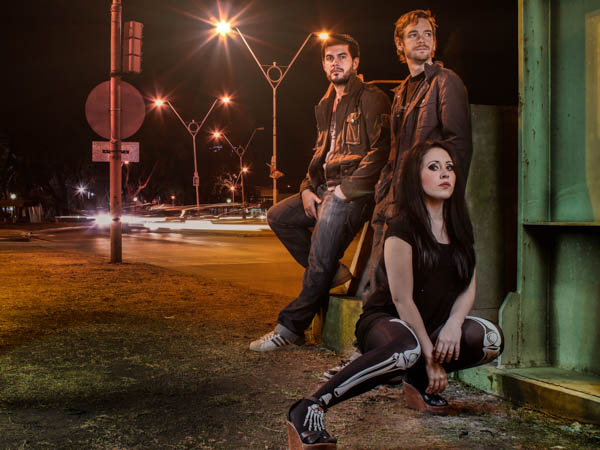 Female fronted Argentinian melodic rockers, Fear Me December have announced a slight change to their remaining English tour dates, with the Manchester date rescheduled for January the 18th

The power rock trio came to be in 2012, and are influenced by artists such as Three Days Grace, Alter Bridge and Lacuna Coil.

Fear Me December relocated to the UK last year to take advantage of a thriving music scene that is recognised the world over. Argentinas loss is certainly our gain. The band are continuing their UK tour week, with more dates to be announced soon.

January the 18th: The Bierkeller, Manchester

Guitarist Valentin comments:”We had a great time playing in Leicester and Newcastle last year, thanks to everyone who came out for the shows. We can’t wait to see you in Manchester next week!”

After recording their debut EP, ‘Who Cares?’ in 2014, Fear Me December started a 26 show world tour which included numerous cities, provinces and countries. All of this resulted in numerous features in magazines, newspapers, online, radio and television, both in Argentina and in the USA. Furthermore, Fear Me December’s first single – ‘Defiled’ was featured by MTV and VH1.