Extol: Light And Shade Documentary To Be Shown On TV This Christmas 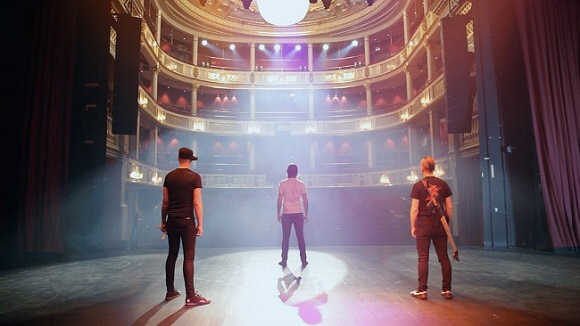 The well-established Christian death metal band Extol can look back on a great career including Nor Grammy nomination, several US tours, top CD-sales and national recognition in press and music scene. In April they release the documentary “Extol: Of Light And Shade”; the story of a band split in paradox between two worlds, Christianity and death metal. The film has been shown at various film festivals the past summer, and it will now be broadcasted on Norwegian TV channel NRK2, Dec 27!

Being strong believers in a music scene dominated by atheists and anti-religious practitioners creates some challenges. Extol, with its Christian content and death metal expression, has hence experienced its share of difficult situations and obstruction. Christians react with disgust on the aesthetics and effects the band uses, while the secular fraction of the music scene shows great dissatisfaction regarding the lyrical themes. On one side, local churches organized bonfire sessions of Extol products and held prayer meetings against the band, whilst on the other side they’ve experienced bomb threats from self-appointed Satanists before a gig, getting spat at and scorned.

After six releases with success, 2007 was the start of a five year long break for Extol due to the vocalists strong tinnitus and anxiety. The documentary gives an insight on tinnitus and anxiety where the singer speaks openly about some of the challenges he experienced in 2007 and the years that followed. Questions about faith and freedom of speech set in a musical perspective are also important topics. The film does also illustrate the band’s position in the Norwegian music scene and their international position. Eyvind Skeie, Hank von Helvete, now deceased Pater Arnfinn Haram and the charismatic American rock pastor Bob Beeman are some of the characters we meet in “Extol: Of Light And Shade.”