Extintionist Still Alive – Against All Odds 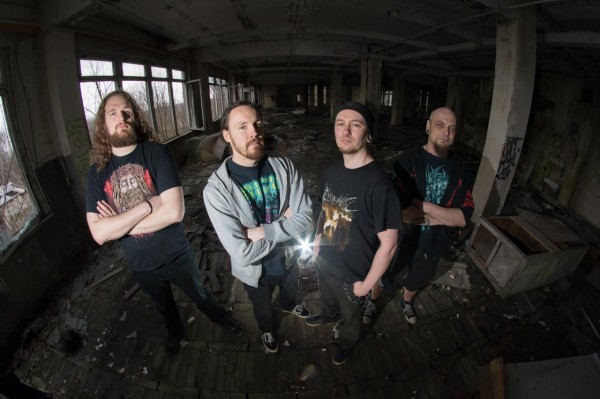 In November 2014 the 2nd full length album PORTALS OF EXTRATERRESTRIAL INVASIONS was released via Rising Nemesis Records. But it was a hard road to get there as this brief history explains.

The band take up the story.”Between 2011 and 2012 there also was a changeover at the members line­up.  Our brothers Grimo (now CYTOTOXIN), Christoph and Alex left the band for good. So new musicians were needed.

What they came up with was Christian has been supporting EXTINCTIONIST since then with his  vocals and Jörg plays the bass guitar, so the sound has become much better and heavier. A drummer was still needed and they decided to use a drum­ machine to fill in the missing part.

With that out of the way,In September 2013 EXTINCTIONIST became a part of the record label RISING NEMESIS RECORDS and so began a period of activity.

In February 2014 the songs for the upcoming new album were recorded. In March 2014 Florian joined the band on drums and it’s been getting more and more brutal.

During the whole year the band played a lot of festivals and shows like Berlin Death Fest, Las Vegas Death Fest, Nice To Eat You Death Fest, etc.
All of which leads to PORTALS OF EXTRATERRESTRIAL INVASIONS