Ex Stooges Man Gets (Re) Licked 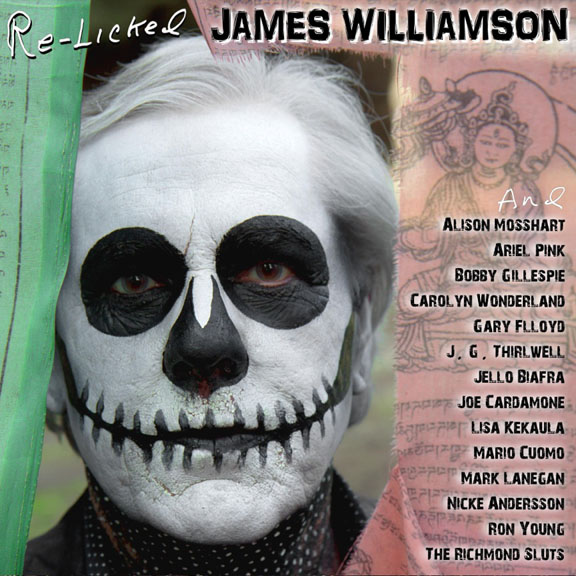 In support of his recent critically-acclaimed solo album, Re-Licked, Stooges guitarist James Williamson will be gathering together many of the noted singers & musicians that helped him resuscitate 14 early Iggy Pop/ Williamson-penned Stooges rarities for the record (many that only diehard fans know from sub-par bootlegs and sketchy unofficial releases).

This making of video was originally premiered on www.allmusic.com

Joining the Rock & Roll Hall of Famer on vocals for this very special one-off performance on Jan. 16th at The Bootleg in L.A will be Alison Mosshart (The Kills/ Dead Weather), Jesse Malin (just added!), Jello Biafra (Dead Kennedys/Guantanamo School of Medicine), Lisa Kekaula (The Bellrays), Joe Cardamone (Icarus Line), Carolyn Wonderland, Ron Young (Little Caeser) and The Richmond Sluts, with others to be announced soon. These vocalists will all be backed by the band of Gregg Foreman (keys & guitar), Michael Urbano (drums), Dan Rothchild (bass) and, of course, Williamson and his own signature search-and-destroy guitar attack.

Tickets can be purchased here: http://foldsilverlake.com/event.cfm?id=185113