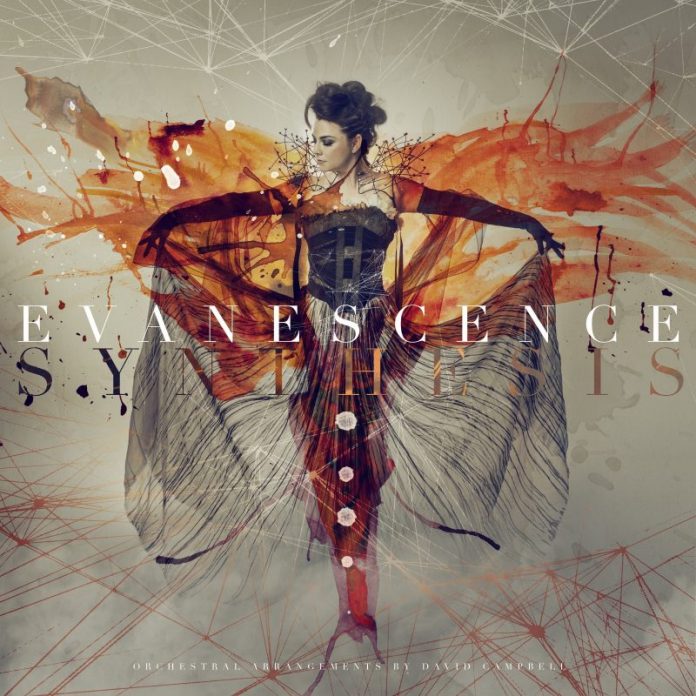 The album also features two new EVANESCENCE songs, including the first single “Imperfection” and “Hi-Lo,” the latter of which includes a guest performance by famed violinist Lindsey Stirling.

In early reviews, Metal Hammer thought it “like a window into an alternate-universe Evanescence” in their 8/10 review whilst The Sun hailed it as “a triumph” and the Daily Mail as “ambitious”.

EVANESCENCE launched their U.S. and Canadian “Synthesis Live” tour recently–which features Amy and the band with a live, 28-piece orchestra and electronic programming . With only a few shows behind them, the critical acclaim is already pouring in for this unique concert event. Tickets for EVANESCENCE’s “Synthesis Live” UK tour are on-sale now (here).