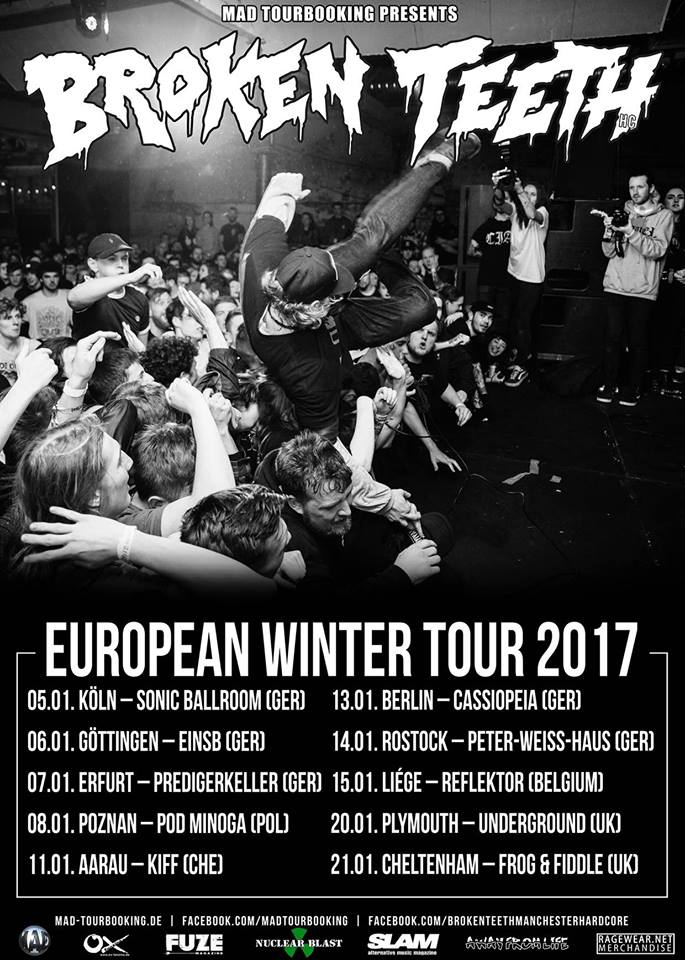 Brit hardcore legends in waiting on the road

Manchester, UK-based hardcore youngbloods BROKEN TEETH HC have announced a European Tour, kicking off in Cologne on 5th January.
The tour will also include two UK dates: Plymouth and Cheltenham.
Catch them pelting through debut album ‘At Peace Amongst Chaos’ and buy your tickets via the following links:

Broken Teeth also have one last show scheduled for 2016 in Leeds. For everyone seeking to see in the New Year in the pit, tickets to Leed’s Snugglefest can be purchased below:
December 31st – Leeds, Temple Of Boom (Snugglefest NYE Party)
http://snugglefest.bigcartel.com/

Order ‘At Peace Amongst Chaos’  on Limited Edition White Vinyl exclusively from the Nuclear Blast UK store here:  http://bit.ly/brokenteethvinyl
Alternatively, you can pick up the CD or standard vinyl from Amazon here: http://bit.ly/BrokenTeethAMZ

Previous article
The Direction Of Overkill
Next article
Coast To Coast