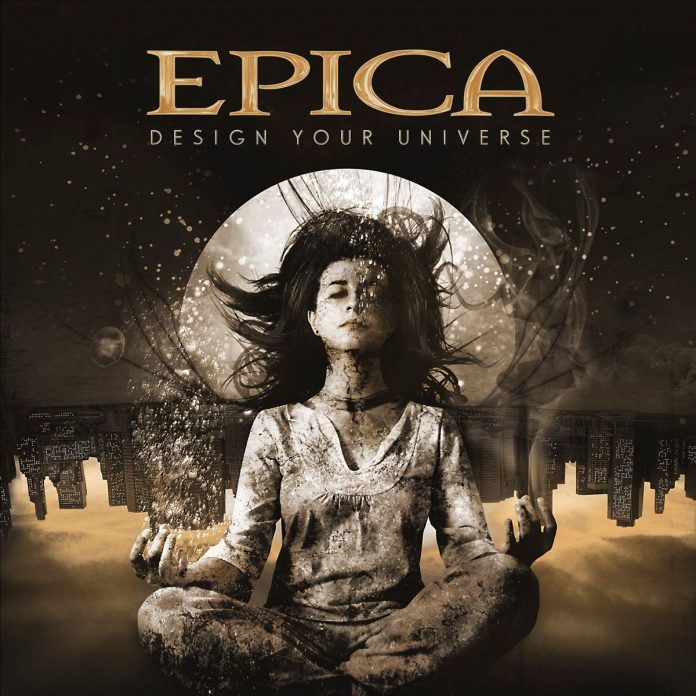 Dutch Metal titans EPICA are celebrating the 10th anniversary of their milestone album “Design Your Universe”. To mark this special occasion, EPICA will be re-releasing this fan-favorite album as a Gold Edition on October 4th through Nuclear Blast. This edition will contain the album remixed and remastered by Joost van den Broek with updated artwork and a 2nd disc containing newly-recorded acoustic versions of DYU songs.

Simone Simons comments about the re-release: “‘Design Your Universe’ is an album that is very dear to me not only because of the music, but also because of the message behind it. I am looking forward to the anniversary release and all the upcoming shows. The bonus CD is a worthy addition to DYU and I can’t wait for you all to hear the songs!”

“Design Your Universe” will be re-released as a 2-CD version and a digital version. Next to that the acoustic songs will be released as a separate Picture Disc. Pre-order will start on August, 9th.

To co-incide with the 10th Anniversary the band will perform a number of exclusive shows.

Tickets are on sale now through: www.epica.nl/tour