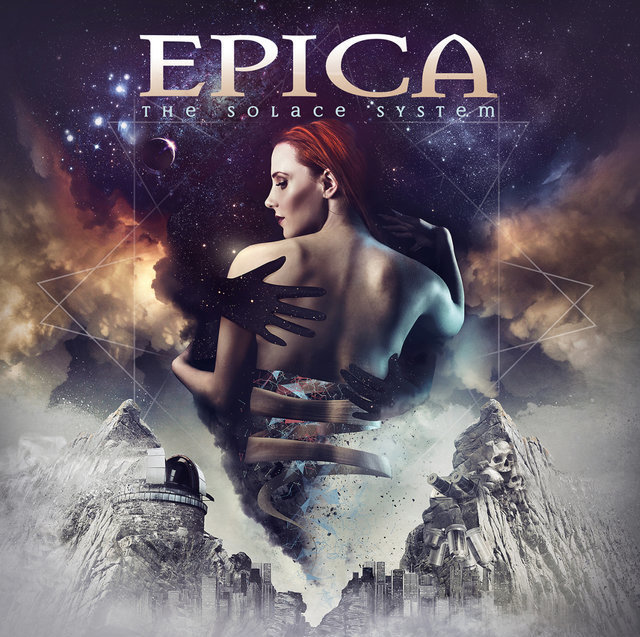 This record will include six brand-new numbers, which were written and recorded during the process of their latest album The Holographic Principle, which came out in late 2016 and charted worldwide. The EP release is due for September 1st, 2017 via NuclearBlast.

To give you all an understanding of the content and the concept of this EP, EPICA will release some “behind the music” videos! Today, they unveil part 2 of the trailer series, which you can see here:

The band comments: “Here’s our view on the new upcoming EP »The Solace System«. We talk about the music and the lyrics of all the songs you can find on this record. Enjoy watching!”

The Solace System was recorded, mixed & mastered by team Joost van den Broek and Jacob Hansen. It was produced by anime-master Davide Cilloni. The stunning artwork is once again by the hand of Stefan Heilemann.

Simone Simons (vocalist) comments on the EP:
“During the early writing process of ‘The Holographic Principle’ we found out that we were blessed with a huge amount of songs. The songs that didn’t fit on our album are now available for you on this special EP! I hope you guys will enjoy these songs as much as we do!”

Pre-order now:
The box set The Holographic Principle – The Ultimate Edition as well as the EP The Solace System are now available for pre-order.

Nuclear Blast have also re-released two classic albums from EPICA, Design Your Universe and The Divine Conspiracy on vinyl. Each album is available in two different colours:
Physical: http://nblast.de/EpicaAnniversaryGreen