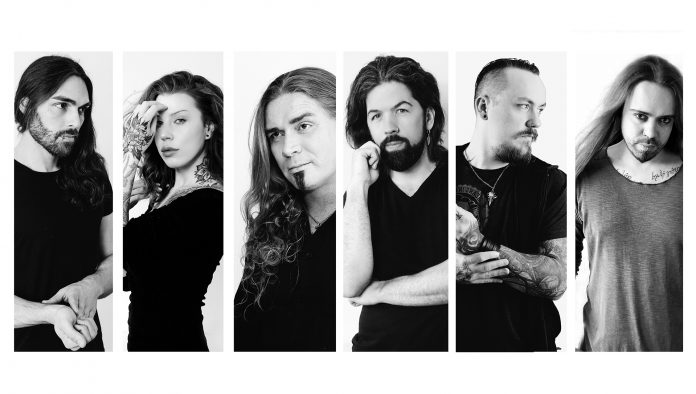 Epic metal pioneers EQUILIBRIUM have revealed the cover artwork for their upcoming 6th studio album, Renegades. The stunning visualisation was created by their new band member Skadi Rosehurst, and the album will be released on August 16th 2019 via Nuclear Blast.

Berthammer states:
“Once again Skadi has captured the spirit of our new album Renegades in an awesome piece of art, which fits perfectly with the music and lyrics. We also cannot wait to hit the road once again to spread our music and the message behind it across these beautiful countries. We are very proud to have Lord of the Lost and Nailed to Obscurity on board for this tour. All these bands are very unique and we think this whole package will guarantee a very special experience that you don’t want to miss!”

In support of this upcoming release the band will be touring across Europe in early 2020 – which includes two UK show dates set to take place in London and at HRH Metal IV in Birmingham – to present this new material to their fans! Direct support will come from German dark rock band LORD OF THE LOST, with melodic death metallers NAILED TO OBSCURITY playing as the opening act. Find all dates below:

LORD OF THE LOST states:
“We are very much looking forward to this tour with Equilibrium, because it means not only an exciting musical combination of both bands, but also the discovery of new territory, not only in the form of new countries and cities, but especially through a new audience for us. We are convinced that both bands will inspire the fans of the other band and can’t wait to set off with Equilibrium.”

NAILED TO OBSCURITY adds:
“During the first tour right after the release of our latest album Black Frost, we played in front of so many different and great people, and we can’t await to spread our songs even further. We are extremely looking forward to this tour and are counting the days until it finally starts! ”

Renegades was recorded and produced throughout the period of September 2018 until March 2019 by the band itself and Swedish producer Robin Leijon. It is the firstEQUILIBRIUM album to feature Skar with his clean vocals and Skadi Rosehurst on synths.