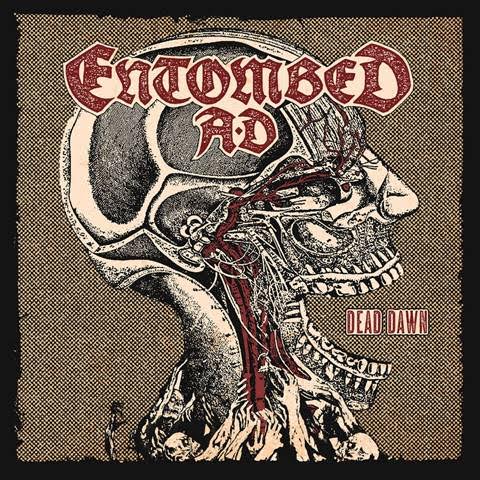 Death n rollers are back with a new track

The deadly dawn of a new ENTOMBED A.D. chapter will be opened on February 26th, 2016 with a new album full of death, rock and roll. The band is proud to present a first appetizer called ‘Midas In Reverse’.

Nico Elgstrand (guitar/backing vocals) comments the creation of “Dead Dawn” as follows: “I think it is safe to say that all of us in the band feel like we just have given birth to one tank each. Meaning the pregnancy and delivery was everything but pleasant! Still, when watching our newest offspring play with their cannons and bombs, blasting everything around them to bits, we feel, just like any parent, pride and joy and wouldn’t have it undone for all the money in the world!”

Rounded off by a striking cover artwork created by Watain-frontman Erik Danielsson, and backed up by a versatile production team consisting of Tom Van Heesch and Jacob Hellner of Big Island Sound, Stockholm as well as Nico Elgstrand himself, who produced a majority of the tracks whereas Svante Forsbäck of Chartmakers mastered this new beast, “Dead Dawn” looks and sounds great, too.

Following a successful live campaign around “Back To The Front” including an European tour with Grave in 2014 as well as tons of festival appearances, ENTOMBED A.D. shall hit the road again shortly before releasing “Dead Dawn”. First up is the Europa Blasphemia tour in January/February 2016 with Behemoth, Abbath, and Inquisition, followed by an extensive US run in the spring (more details soon) and a good run of summer festivals like Hellfest (FR), Wacken (DE), Summer Breeze (DE), and many more.