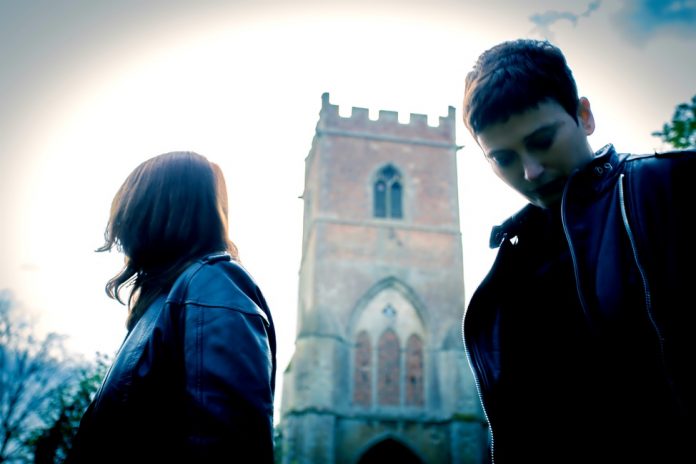 Deux Furieuses share the new video for forthcoming single ‘Silenced By The Roar’.

Aptly described by Clash as: “fusing post-punk to Riot Grrrl, the band’s politicised approach takes a swipe at the establishment, at the crushing of dissent across the land.” The track is the Deux Furieuses’ roar of defiance, as they expand:

“‘Silenced by the Roar‘ is our comment on Britain in 2017. The dark mood of despair cut with hope expressed in this song and video is how it feels to us right now in post Trump, post Brexit voting, post truth Britain in the lead up to a general election rocked by terrorism and sabotaged by increasingly desperate and unconvincing politicians. We vote for hope and we will not be silenced.” – Deux Furieuses

Deux Furieuses are London duo Ros Cairney (guitar and vocals) and Vas Antoniadou (drums and vocals). Their sound is fuelled by, and a rallying cry against, 21 Century hypocrisy, pro-democracy uprisings, fundamentalism and extremism, the denial of freedom of expression and rights for women.  Described by Everett True (Collapse Board) as “already surpassing Savages in terms of pure menace”, Deux Furieuses are a band reinventing the Riot Grrrl scene, writing political songs delivered with an impassioned raw exuberance that has seen them compared to PJ Harvey, but with a post-punk sound.

‘Silence By The Roar‘ follows Deux Furieues debut album ‘Tracks of Wire’ (May, 2017) which Q Magazine described as “a bold and accomplished album“, with Louder Than War giving it their ‘classic album’ rating of 10/10.

‘Silenced By The Roar’ was produced and mixed by Mark Freegard at Kyoti Studio, Glasgow. It is released digitally on 9 June via iTunes and Bandcamp.