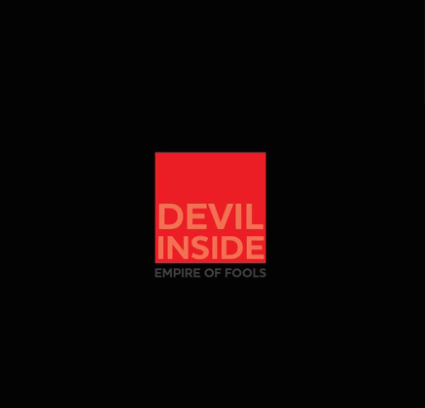 Do the Devon band have one called Suicide Blonde too?

Classic Rock Magazine have premiered ‘Devil Inside’  – the new music video by Southwest, UK rock band EMPIRE OF FOOLS – featuring the single as track of the week:

And now we’ve got it too!

As seen sharing stages with such as Thunder, The Virginmarys, Reef,The Answer, BlackWolf and many more – ‘Devil Inside’ is one of the first feelgood rock tracks of 2015,  full to the brim with riffs, hooks and melodies – which has seen the song receive extensive radio airplay; including a 4 week run on Planet Rock Radio‘s ‘New Rock Show’.

Empire Of Fools are currently in the studio with producer Romesh Dodangoda (Motorhead, Bullet For My Valentine, Sylosis) working on a new EP, expected to be released later this year.

More dates to be announced

Empire Of Fools are: