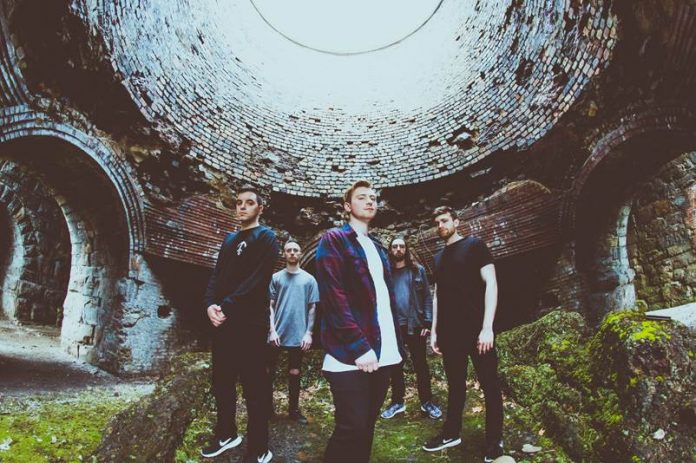 Today, CURRENTS announce the release of their upcoming album ‘The Place I Feel Safest’, scheduled to be released on June 16th, 2017! This upcoming record will mark the band’s debut full-length album, following two previous EPs with their former vocalist.

CURRENTS, formed in 2011 has solidified their line-up in recent years with Brian Wille (vocals), Jeff Brown (drums), Chris Wiseman (guitar),Ryan Castaldi (guitar) and Dee Cronkite (bass). These members share a common current of energy that moves through one another towards the same shared creative vision. That vision will come to light on the band’s debut album.

Speaking of the forthcoming record, Jeff Brown says:
“It’s dark lyrically. Although some of the leads and drums might make it feel more upbeat. Over all the album is about Brian’s thoughts and fighting his demons. We left all of the vocals up to him so he could have full creative control. It turned out awesome and we are incredibly proud of it. The instruments came together over two years of writing. We went into the studio with over fifty songs and ideas, and left with thirteen songs we believed were our best work.”

In conjunction with the signing announcement, CURRENTS have also debuted a video for their brand new song ‘Night Terrors’, from their forthcoming record ‘The Place I Feel Safest’.