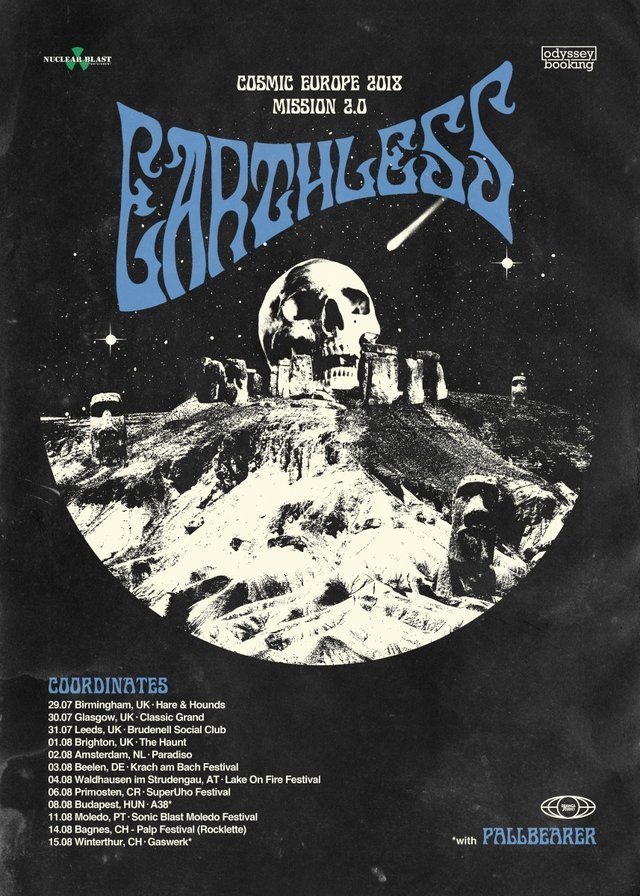 San Diego based trio Earthless have announced today that they will be heading back over to the UK in August for a run of four shows before heading off for a stint in mainland Europe. The psychesters will be returning to UK shores to continue on the trip that is their latest album Black Heaven. The aforementioned record was released earlier this year, receiving critical acclaim and was followed by a successful European tour which included a spot as the artist-in-residence at this year’s Roadburn Festival.

The band recently released the hilarious official video for ‘Volt Rush’ over on YouTube. The video, which is set in the band’s hometown of San Diego, as well as neighbouring Oceanside, was directed by skateboard/visual artist BB Bastidas and features the famed SoCal skateboarder T-Spliff (aka Taylor Smith). Watch here:

Black Heaven is the band’s first release to feature a majority of songs with vocals and is also the trio’s first time working with producer Dave Catching (Eagles of Death Metal). Rubalcaba explains the impact the Joshua Tree studio had on the outfit’s new music: “This album represents yet another branch on the ever growing and now adolescent Earthless tree. I spent a good amount of time just gazing into the stars at night while we were out recording in the desert of Joshua Tree. I think this somehow lent itself into the title and feel of the album on some songs. This LP has a touch more of our classic rock roots showing, just stuff we grew up on and it’s great to finally utilize Isaiah’s lyrical talent and soulful voice. As cliché as it sounds – Black Heaven should be played LOUD.”

Previous article
GUNNING FOR PEACE
Next article
ARTIST OF THE DAY: TIM BROOKS