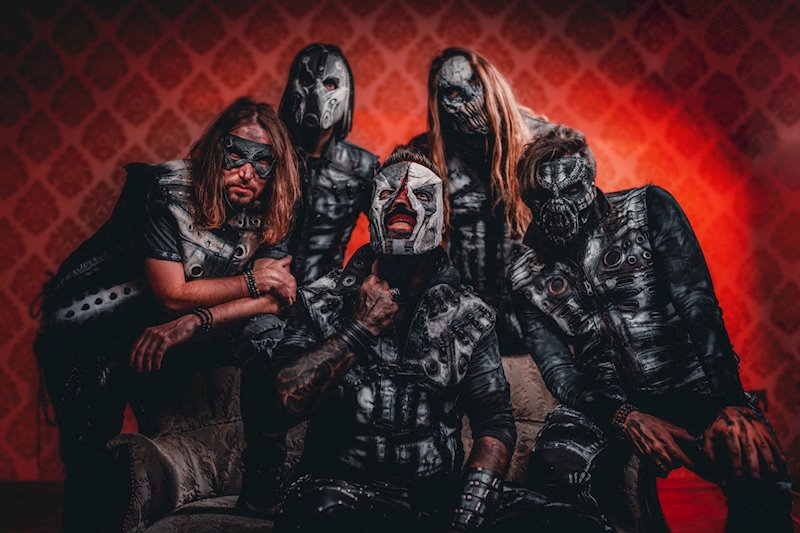 Check out the video here: https://www.youtube.com/watch?v=zO3-CoIwpz0

In early 2022, on January 14th, Czech psy-core metal act Dymytry released their sixth album, entitled Revolt, via AFM Records. It’s their first album in English ever. Following five successful records to date and a platinum award for their previous release Revolter, Dymytry has opted for a step that is unusual for the band in two respects: Revolt, originally recorded exclusively in Czech, is the first international Dymytry album as well as introducing their new, additional singer Alen “A.L.” Ljubic.

“We wanted to show to the world that there is great music in the Czech Republic, too,” bassist Artur “R2R” Mikhaylov comments. “We feel that our first English album is a very strong record, we really put everything into it.”

In support of their critically acclaimed Revolt, today the band unleashed a wicked video clip for the album track “Never Gonna Die“. Says vocalist Alen:
“Never Gonna Die” is the fourth single taken from our international debut album Revolt, a song coming in at full force, with a modern electronic vibe, huge djenty guitars and a catchy hookline that will haunt you forever. We are super excited to present you our new cinematic video, inspired by a true horror classic “The Bride of Frankenstein”. As Jan Murga took care of the band performance shots, I directed the story shots and created the design for the resurrection set. It turned out exactly as I imagined and I can’t wait for everyone to see it. Watch the clip, and enjoy a dark, powerful horror scenario.”

Dymytry‘s new album Revolt practically bursts with a high-voltage energy, strong melodies and powerful rhythms driven by mercilessly modern metal. Featuring its three main songwriters Mikhaylov, Jiri “Dymo” Urban and Jan “Gorgy” Görgel (both guitar) as well as with exciting guest appearances by Joakim Lindbäck Eriksson of Brothers Of Metal and Victor Smolski, the band will continue to work with longtime vocalist Protheus in the Czech Republic and with Alen on the international market.

Revolt was produced by Kristian “Kohle” Kohlmannslehner & Hans Koch at the Kohlekeller / Babylon Studios, and will be available as CD Digipak and exclusive Boxset on January 14, 2022 via AFM Records. You can order your copy now at THIS LOCATION!